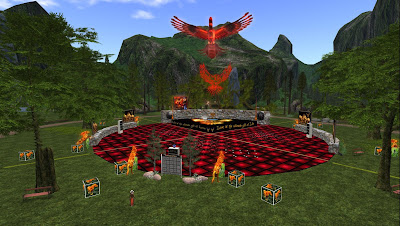 Today, Sunday September 23, is when Team Firestorm, the people behind the most popular Second Life viewer, celebrates their eighth anniversary. Their anniversary was actually on September 3rd, but better late than never.

Holy smokes! Can you believe it? It’s been EIGHT years now since we began this project. Over eight, really, since our actual anniversary date was September 3rd. In those eight years we have accomplished a lot, and we look forward to much more in the years ahead.

But to celebrate the past eight, our events coordinator, Jolie Serendipity, has put together an awesome lineup of performances and a wonderful gift from Kajaera. We are celebrating our accomplishments, yes … but we’re also celebrating YOU—our users—because we couldn’t have lasted a month without the ongoing support from our community, much less eight whole years!

The event starts at 3PM SL time, and goes on to 6PM. The event will have three live performances. at 3PM, the performer is Noma Falta. At 4PM, it's DJ Trick Rembratnt. At 5PM, there's a performance by the Changhigh Sisters Fireshow, "a magical show of Light, Life and Love." 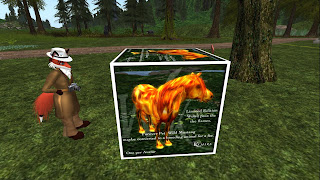 There's also a gift available for Firestorm fans. A free rideable pet horse."WILD KAJAERA has generously created and is donating a unique, beautiful, FIERY, Forever Pet, Mustang Horse for all Second Life residents to enjoy. WHAT A GIFT! It’s so magical that it needs no food to keep it healthy and happy. PLUS, if you want, you can convert it to a breedable (imagine the offspring). Thank you SO much for this gorgeous gift, Kajaera!" The pet will be available at the location for several days after the anniversary party.

The three SURLs given out for the event are:

For more information check out the Firestorm blog.