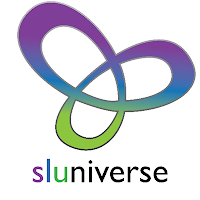 Many if not most longtime Second Life residents have heard of the SL Universe forums. Sometimes factual with discussions about some of the latest developments and events in Second Life, and sometimes irreverent with some "peanut gallery" discussions, it has been pretty much anything but boring. It's also moved beyond Second Life in topic discussions going to various real-life matters such as politics. Turning 15 years old this November, owner Cristiano Midnight posted on Thursday September 20 that SL Universe was undergoing it's "Third Major Act" in it's history.

So a lot has happened in the past 24 hours. I nearly lost 2.4 million posts and obliterated SLU, got them back, perhaps may have cried a little, then made some decisions about what to do about SLU.

I detailed what I was going through my mind in this post, so I won't repeat it. However, since writing that, I made some rapid decisions that are already in motion.

First of all, I am launching a new site - VirtualVerse, which expands the scope of SLU to all things related to virtual worlds, whether it is Second Life, Sansar, other VR worlds that are gaining in popularity, or game related worlds like MMOs and open world games. I've wanted to become less SL centric, but it has been hard to do that with SL as part of the name.

The SLU forums will be closing within the next few weeks, depending on how long the transition takes. These forums will be archived - they may be unavailable for little while but will come back as a read only forum.

Why .one? There has been a significant number of new top level domains added, and I considered .cloud, .site and even .ninja, but .one appealed to me the most, since this also is starting over in many ways. 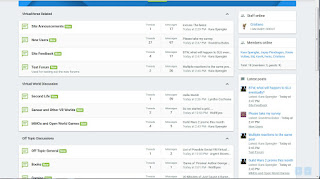 Cristiano's near-loss of so many posts was presumably because of trying to save them as they had become corrupted, according to the post he had made the day before, in which he had pondered the future of SL Universe.

Taking a look at VirtualVerse, the topics were grouped in three categories. "VirtualVerse Related" has topics such as "Site Announcements." "Virtual World Discussion is where you can find the "Second Life" group of threads, other virtual worlds and MMOs being the other two categories. "Off-Topic Discussion" is about everything else, such as "Politics, Religion, and Society." This has the most groups of threads.

Again, thank you for your patience while I've been dealing with all of this - and while I know it is a bit scary to move to an entirely new forum and site, the move ensures that this can all continue. I'm extremely excited by it. I'll go into more detail about why I made this change soon.