Since 2015, Linden Lab has held a Halloween-themed venue-hopping event known as the "Creepy Crawl." Late last week, they announced they would be doing so again, along with a costume contest. For those who haven't heard of it, think of a bar crawl in which a group of people go to a bunch of bars, spending only a little time at each one. 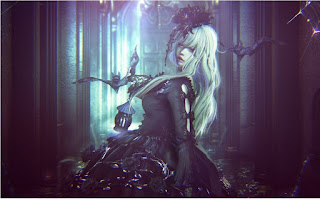 Are you ready to have a screaming good time with fellow Residents - all in the name of the spirit of Halloween? While this holiday may not be shared the world over, it is a tradition in Second Life to dress up in your Halloween best and come out haunting for the annual Second Life Creepy Crawl and Costume Contest!


It’s going to be a monster mash-up at our Creepy Crawl - where we hop from venue to venue and enjoy some thrilling conversation and fun - with a de-frightfully fun Costume Contest twist!


We are in search of venues to host our stops on the crawl. This year’s Creepy Crawl will happen on Halloween (Wednesday, October 31st) from 10 am - 2 pm (SLT/PT).


If you’d like to host a stop along the Creepy Crawl, own a spot that will be decked out for the holiday, and don’t mind if a parade of Residents and Lindens come through, then you might be just what the witch doctor ordered. We’re looking for spots that have entertainment (we like to dance around in our costumes!), are appropriate for general and moderate audiences, and can handle a crowd.

Those venue owners interested in wanting their place as part of the Creepy Crawl need to be sure their place is in the Destinations Guide. If that's been done, they need to fill out this online form. Those selected will be notified after October 15.

For more details, check out the Linden Blog.
Posted by Bixyl Shuftan at 6:04 AM