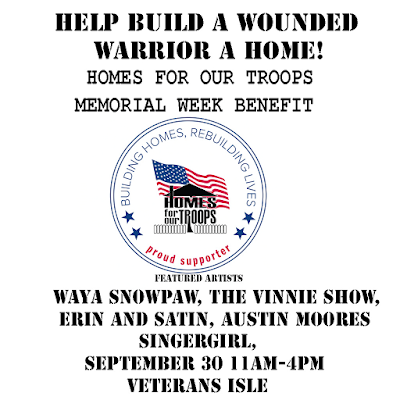 Frets Nirvana and US Military Veterans Group announce the 2018 September benefit for Homes For Our Troops in Second Life!

Frets Nirvana, the premier guitar artist in the virtual world Second Life and the US Military Veterans Group announce the 2018 September benefit on September 30, 2018 in Second Life for the Veterans Support Organization  Home For Our Troops .

Home for Our Troops benefit concerts feature premier Second Life talent monthly at Veteran’s Isle.  The concert on September 30, 2018 is scheduled from 11AM - 4PM PST.  Featured artists will be DJ Waya Snowpaw, The Vinnie Show, Erin and Satin, Austin Moores and Singergirl.