Second Norway and Sailors Cove on the Rebound 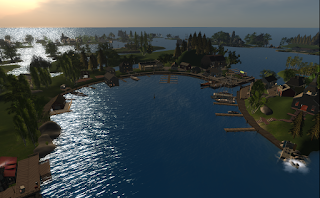 In late March, the Newser reported the Second Norway estate sims were in trouble. Not long after, Patch Linden informed that Linden Lab was in talks with it's owner, Ey Ren, whom also owned much of the Sailor's Cove area, about the future of the areas. Ey would also start posting updates on the situation in his Bald Elf Blog. Patrick Leavitt would come forward to take ownership of the majority of Ey's Sailors Cove East sims. But 17 could not be saved and were slated to fade away. 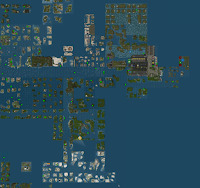 Of Second Norway, Vanity Bonetto came forward and Ey would transfer ownership of the estate to her. Inara Pey would describe Vanity as having a history of being "able to take over a number of smaller SL estates that have got into difficulties over the years and then turning them around." Ey will remain as the manager of the "Second Norway Lufthavn" group. And "the legacy content on the present Second Norway region (Bryggen, the stave church, etc) will remain." But Ey would tell his readers to expect a number of changes in the landscape of the sims.

I hope that before long Mialinn, SlaYeR and me can invite people to fun nights in the SN club with DJs, quizes and general jibberish talk, just like in the old days.

I am sad to let go of the ownership of what has been a dear project of mine since 2008. But as things are, I am thrilled to see Second Norway survive and be developed by professionals. I am very confident in Vanity Bonetto and her ability to bring Second Norway onwards in a good way. We have had a lot of talks, and I am pleased to say we see eye to eye on all the important parts of this deal.

And to my joy, I will still be able to tag along and make sure that Second Norway will still be that unique and special Nordic part of Second Life. That is a lot more than I could hope for a few weeks ago.

While a few of the sims have gone away, most will remain. While the final word has yet to be written on the situation, it looks like it will be overall a happy ending.