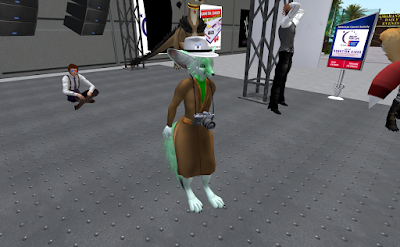 Lately, a few of Team Sunbeamers have had different looks than usual. It was last Friday May 8 that the team reached Jade level fundraising. Yours truly had been in a rabbit look for weeks after "Bid Me Bunny." But I'd promised to go green for a week if we reached the half million mark. So since the team did, I did. 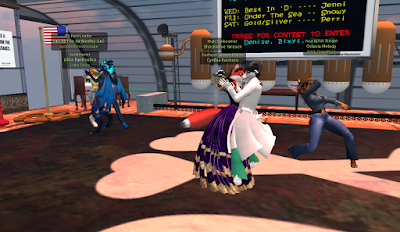 Readers also remembered that for Shockwave Yareach's and Cynthia Farshore's recent "Bid Me" events, the results were a rare vote to keep them as before. To make sure those whom voted for a change weren't too disappointed, they went ahead and appeared as the most requested change for the Wednesday night dance at Club Cutlass, Shockwave being a buck goat and Cynthia as a vixen.

For the couple, it was just one day, and for yours truly, it's back to normal today.