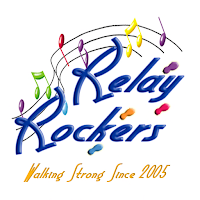 The Relay Rockers, RFL of SL’s oldest team, kicks off its 17th season by announcing the schedule for its signature fundraising events in support of the American Cancer Society.

The team will once again host the Celebrate, Remember, Fight Back (CRFB) Top DJ Competition, Bid Me Bald Team Challenge, Bid The Lindens Bald and the popular multi-team RelayStock.  The Rockers are also planning their Blues for Life, Hard Cure for the Cure and Country fair events. 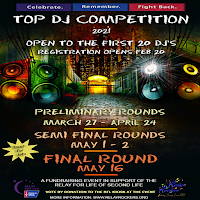 The CRFB DJ Competition begins March 27 with preliminary rounds through April 24th. The competition is open to Club DJ and Radio Presenters who are challenged to raise funds for the Relay For Life during one hour sets.  The Top 4 competitors move on to the May 1st & 2nd semifinals rounds with the 2 remaining DJs performing in the Finals at RelayStock May 14, 15 & 16. The event, which has been held since 2012, has raised nearly L$10 million in support of the ACS. Entry forms will be available at the team website: https://relayrockers.org/ beginning on Feb 20th and is limited to the first 20 DJs to sign up.

The Bid Me Bald Team Challenge will be held April 9th through the 17th and is open to all Registered RFL of SL Teams.  Teams fund raise to “Keep Their Hair” with the last place team pledging to go bald until RFL 2021 Weekend, June 13 & 14. Teams share kiosks with the Relay Rockers during the event.

Bid The Lindens Bald will be held during the Rockers annual multi-team RelayStock weekend, May 14 -16.  Teams of Lindens and Moles compete to outraise each other and again the last place group pledges to ‘shave’ their heads until Relay weekend 2021.

Anyone interested in participating or attending Relay Rockers events can visit https://relayrockers.org/ for more information, sign ups and landmarks, when available.