On January 24, Cloud Party announced that they had been acquired by Yahoo, and would be closing down on February 21. Daniel Voyager was there, and took a few pictures that he posted on his Flickr and his Facebook page. Regular and infrequent users of the virtual world had gone online to say goodbye.

Earlier, Hamlet Au had commented that Yahoo's acquisition of Cloud Party's team was a strong hint that it would soon be going into the virtual world market (link), "given that Yahoo! is one of the very largest consumer-facing sites on the Web, we could soon see a massive growth in virtual worlds." 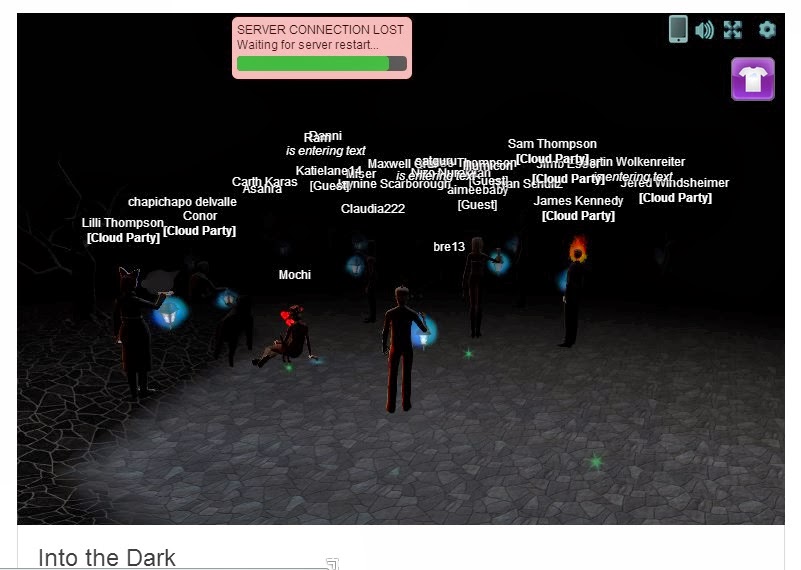 Someone posting in Daniel's Flickr comments suggested, "Hopefully, much like Glitch, it will find a way to be reborn! CP had too much promise to simply disappear." If not however, the image just above will be the last moment of "the Cloud" ever shown.