Lindens' Valentines Day Island "Isle of View" Is Back 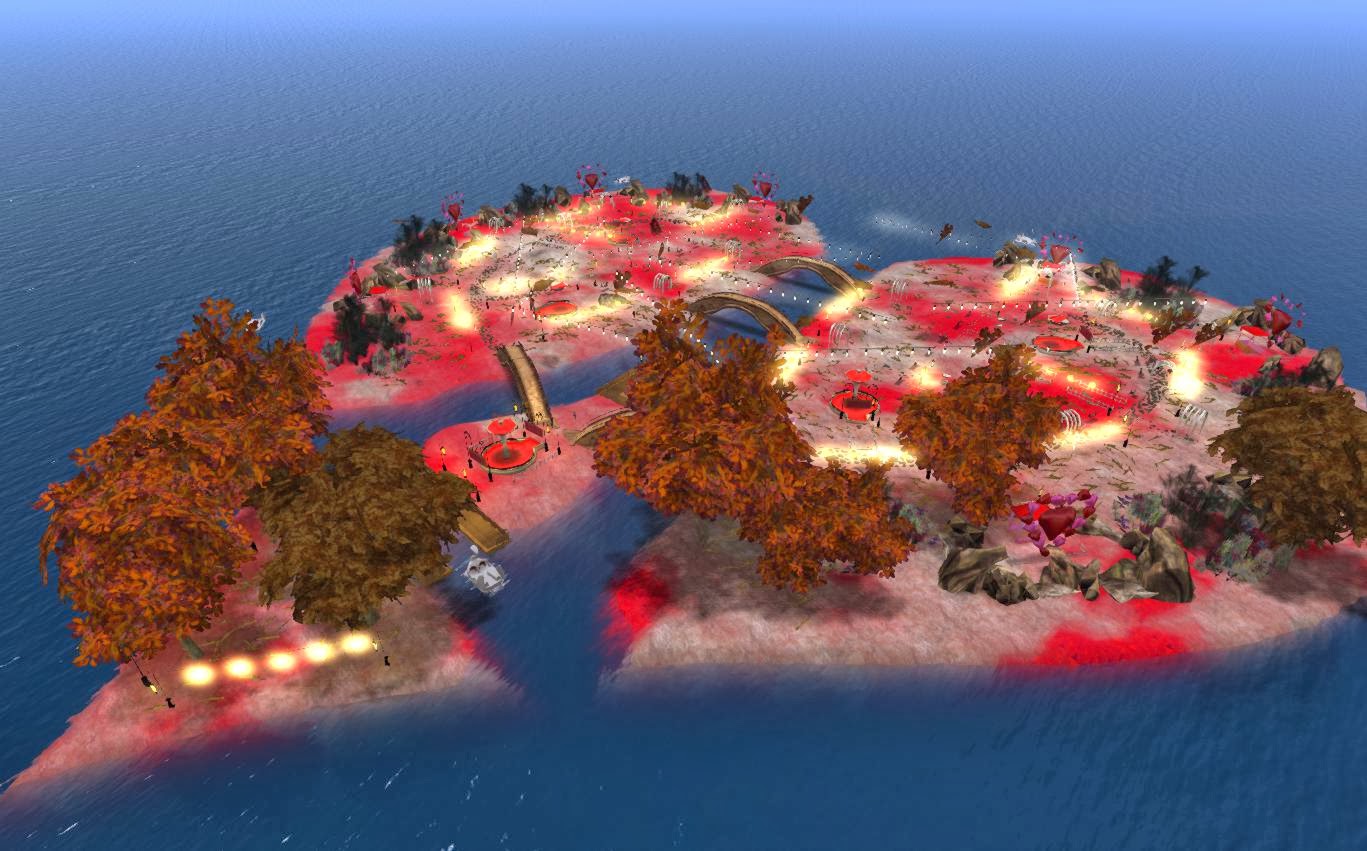 Longtime residents remember the days held events when the Lindens interacted with the residents, such as the "Kiss a Linden" that happened every Valentines Day at the Isle of View, a location that was accessible on the Grid only on February 14th. Lindens volunteering would be in kissing booths for residents to get a smooch from. The last of these events would be on 2011. Along with other events involving resident/Linden interaction, it would be discontinued.

Fast forward to Wednesday February 5th, when the Linden blog mentioned Isle of View was back. 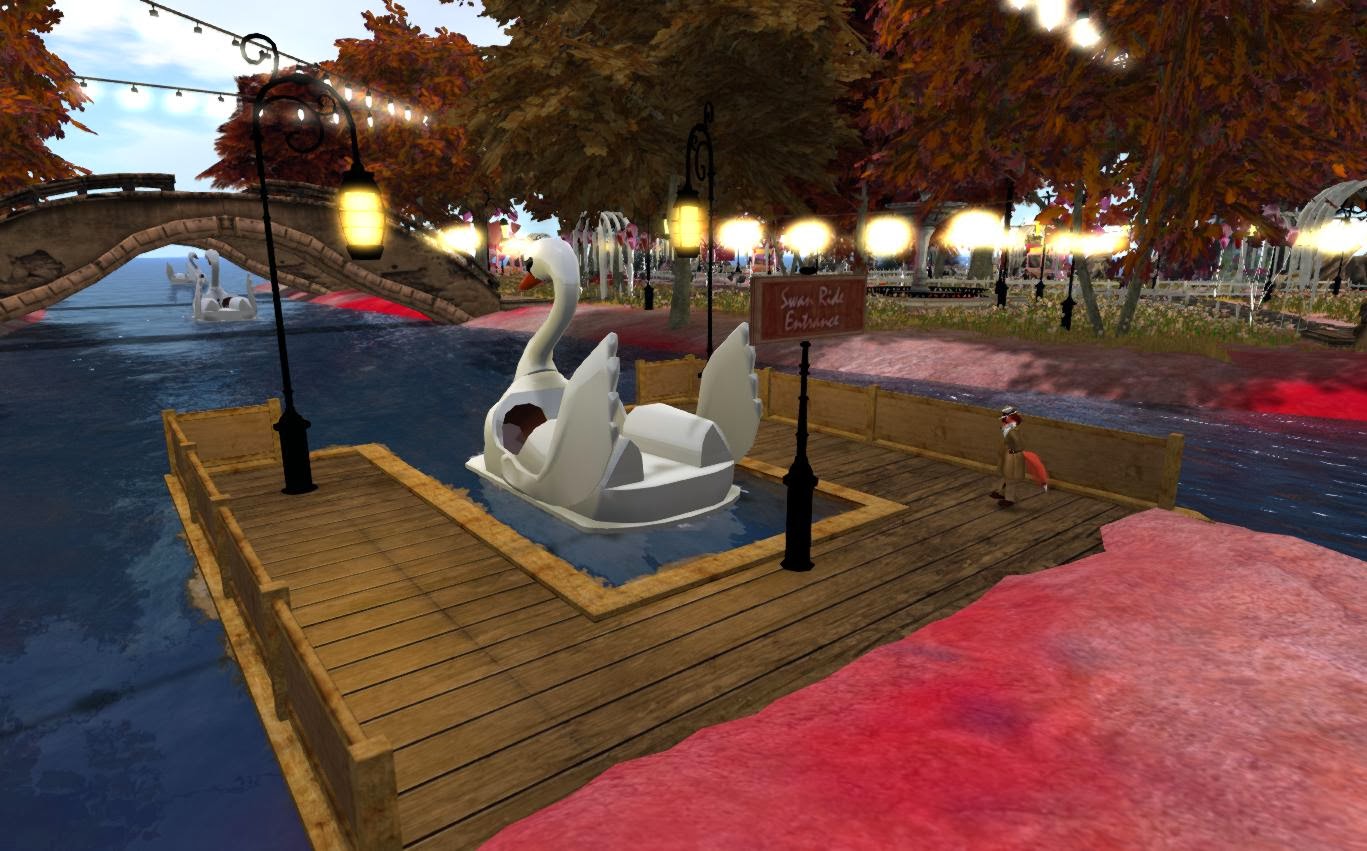 If you’re looking for a place to take a romantic date, why not stop by the Isle of View? We’ve dusted off, spruced up, and revamped a blast from the past with a Swan Boat Ride and some free treats for you and your special someone. Valentine Bears, candied hearts, kissing boothsm and a skyline of fireworks are sure to send the mood for love.

Porting over, the island was much as I remembered it, with the ground red and heart shaped. But there were a number of new features, such as a swan boat ride near the center that could take couples for a sail around the place. There were also fireworks over the island. There was no music though, at least not yet. 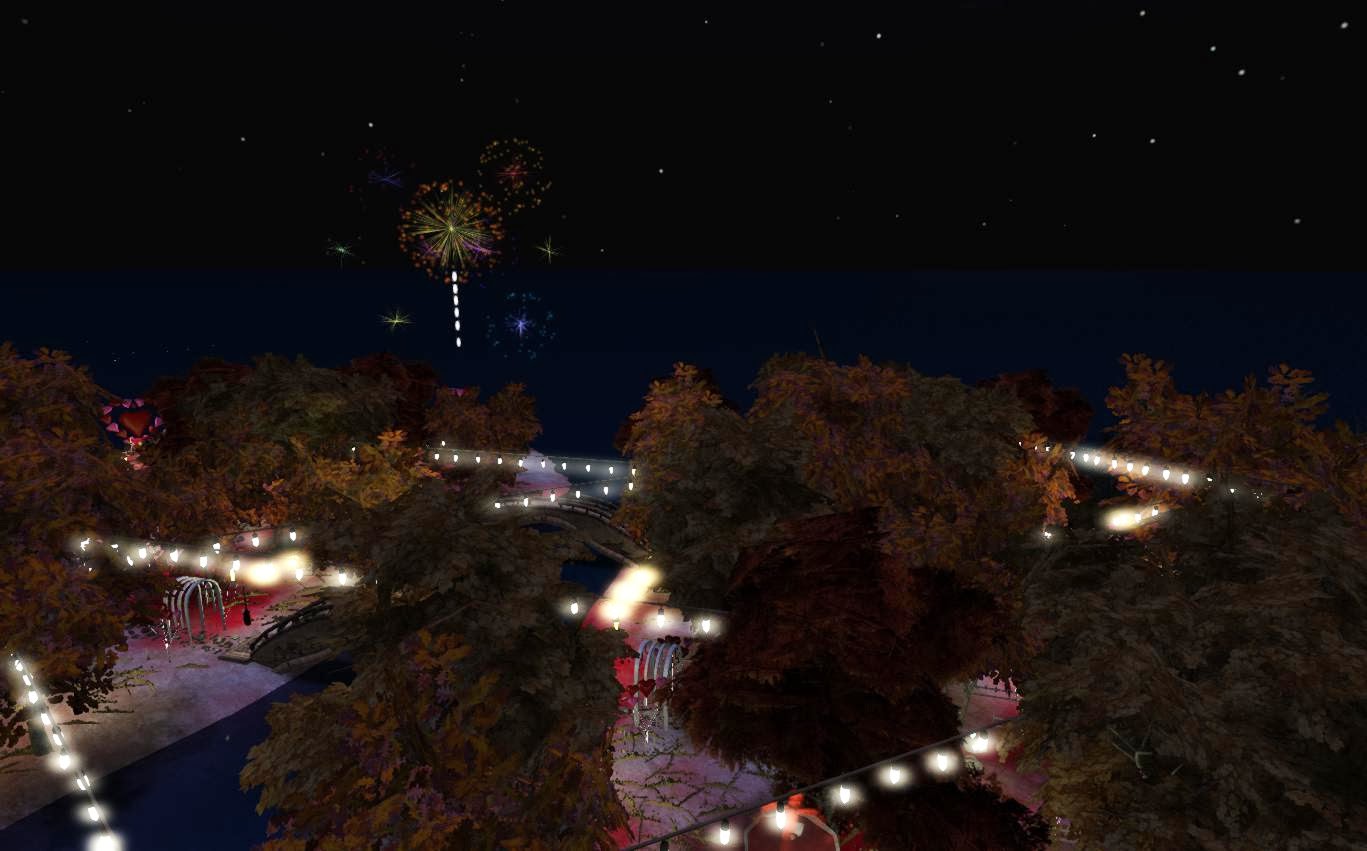 So does this mean "Kiss a Linden" is coming back? The return of the island was the only sign of the possibility that I saw, with no other hints suggesting that. But it's good to see the location again.