"Map of the Internet"


Ever try to imagine the Internet as a physical land? Martin Vargic, known in DeviantArt as "JaySimons," did and put down his ideas as a map: the "Map of the Internet 1.0" 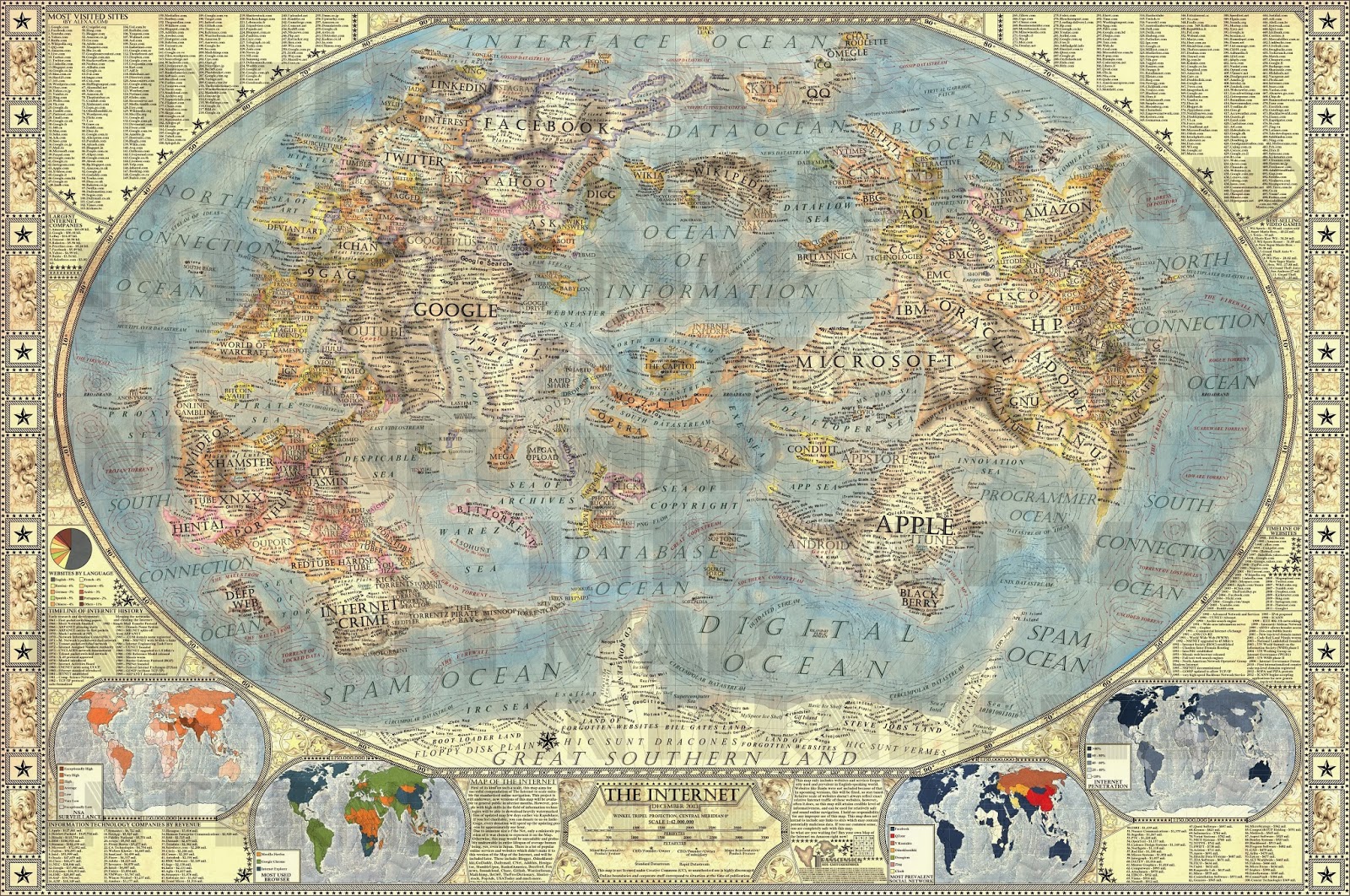 (Click here for a larger image, which can be further zoomed-in)

"Map of the Internet - First of its kind on such a scale, this map aims for succesful compendation of The Internet to scale suitable for standartized online navigation. This project is still underway, new versions of this map will be available in ulterior months. Due to the immense size of the Net, only a miniscule portion of it was chosen to represent it on the map.  Otherwise, this map would be unreadable and probably undrawable in entire lifespan of average human being."

"I started making maps about 2 and half years ago, and it has quickly become my free-time hobby. I post my works mainly to deviantart, and until recent days, I was never significantly noticed. It was my hobby, and it still is my hobby, though I am planning to start selling prints of my maps on amazon quite soon(two-three weeks). Until March 2013, I was working only on minor projects, often making commisioned fantasy map drawings as a side work."

"I was originally inspired by map of the internet created by xkcd, showing most popular social networks as countries and regions, back in 2010. It was not my original idea, but I extended it to such a scale for the first time. I used photoshop for the majority of drawing. The base style of the map was inspired by the National Geographic Maps, I also used Winkel Tripel Projection and similar border coloring fashion. I created the map in quite a short time, three weeks to be exact. I often worked early in the morning, and I can say I really enjoyed it. I got the data about website sizes mainly from Alexa and similar online services." 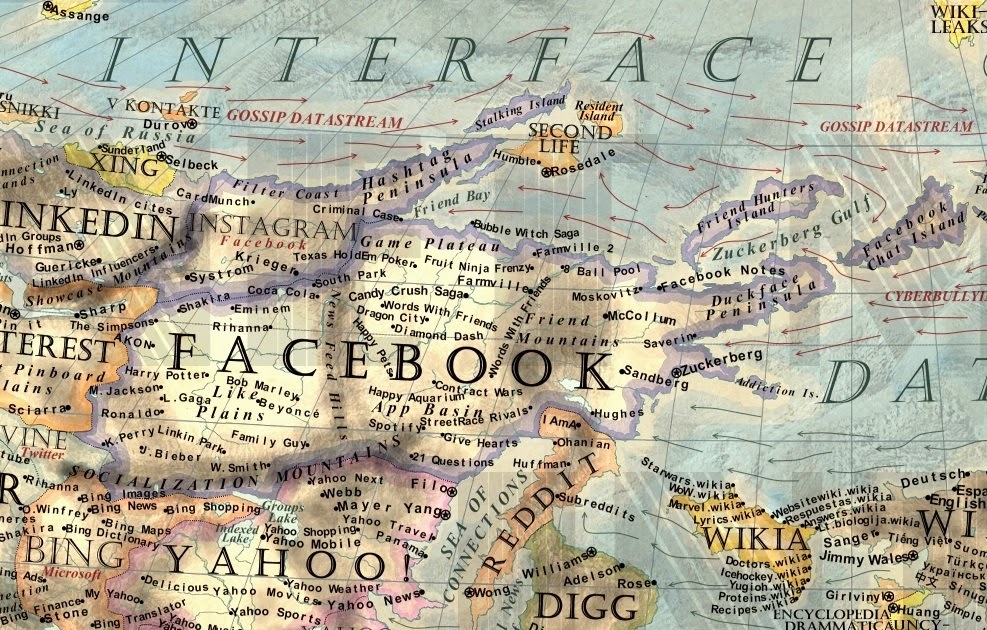 Martin describes the map as, "divided into 2 distinctive parts; the eastern continent, 'the old world' showcases software companies, gaming companies and some of the more real-life oriented websites. The western part, 'the new world' is composed from two major continent, northern one showcasing social networks, search websites, video websites, blogs, forums and art websites. All major adult-oriented websites, in addition to varioius warez and torrent sites, are located on the southwestern continent of the map. In the very south of the map, there is located "Great Southern Land" of obsolete websites and online services."

And yes, Second Life is on the map, close to Facebook. It's capital is listed as "Rosedale," with the other sizeable city listed as "Humble," and the smaller island called "Resident Island." Guess Mark Kingdom didn't rate a city named after him.It is noteworthy that while Second Life is somewhat small, it's shown as on the opposite side of the pornlands, despite how the mainstream media often shows it.

"Currently, I am working on the next versions of the map, which will be even more ridiculously detailed than the previous one, and will encompass all major websites without any significant exceptions, it will be coming in mid-February."