Seraph City and Dryland, to Close


Yesterday came some news that two places in Second Life would soon be closing their doors, Seraph City and Dryland. 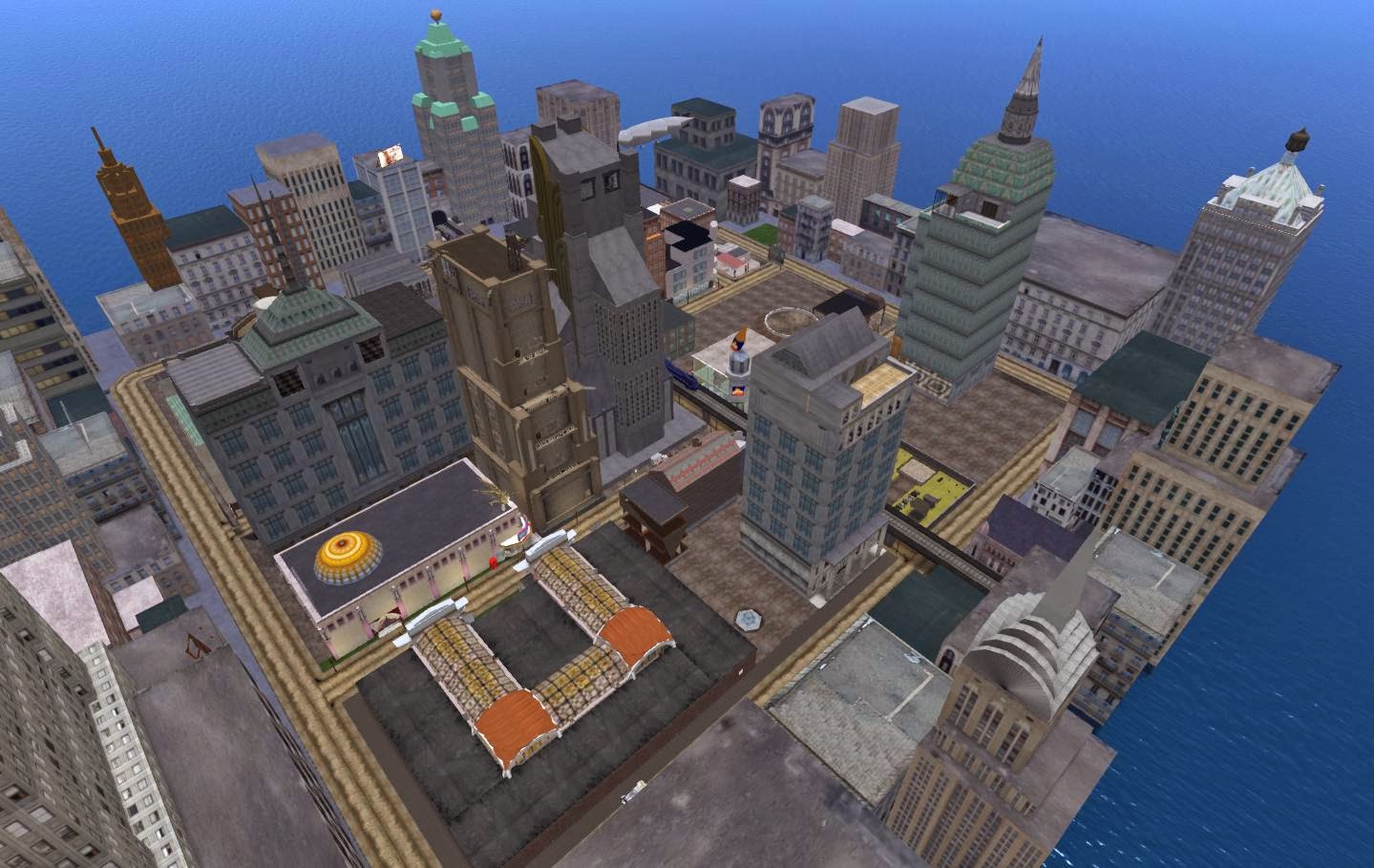 Seraph City was made in the style of the early 20th Century view of the urban experience of the future, or "Dieselpunk" as it was branded. There were numerous buildings, such as shops, as well as a train and a couple cars. The main buildings were the town hall, located next to the SURL I came across, and the "Seraph Club," a place that could easily hold a crowd  and was made with live events in mind. There was quite a bit to see. The old fashioned advertisements and signs added to the feel of the place. Seraph City was one of the locations in "The Blackened Mirror" Second Life show, as well as where one of the characters came from.

It is still unknown as to why Seraph City is closing, which is set for mid-March. The group for it's fans has been closed to new entries. It did state, "Please direct any questions to Bromo Ivory or Edward Pearse."

More pictures of Seraph City can be found on Daniel Voyager's Flickr. There is also a Seraph City blog (link), but it hasn't been updated in a while. 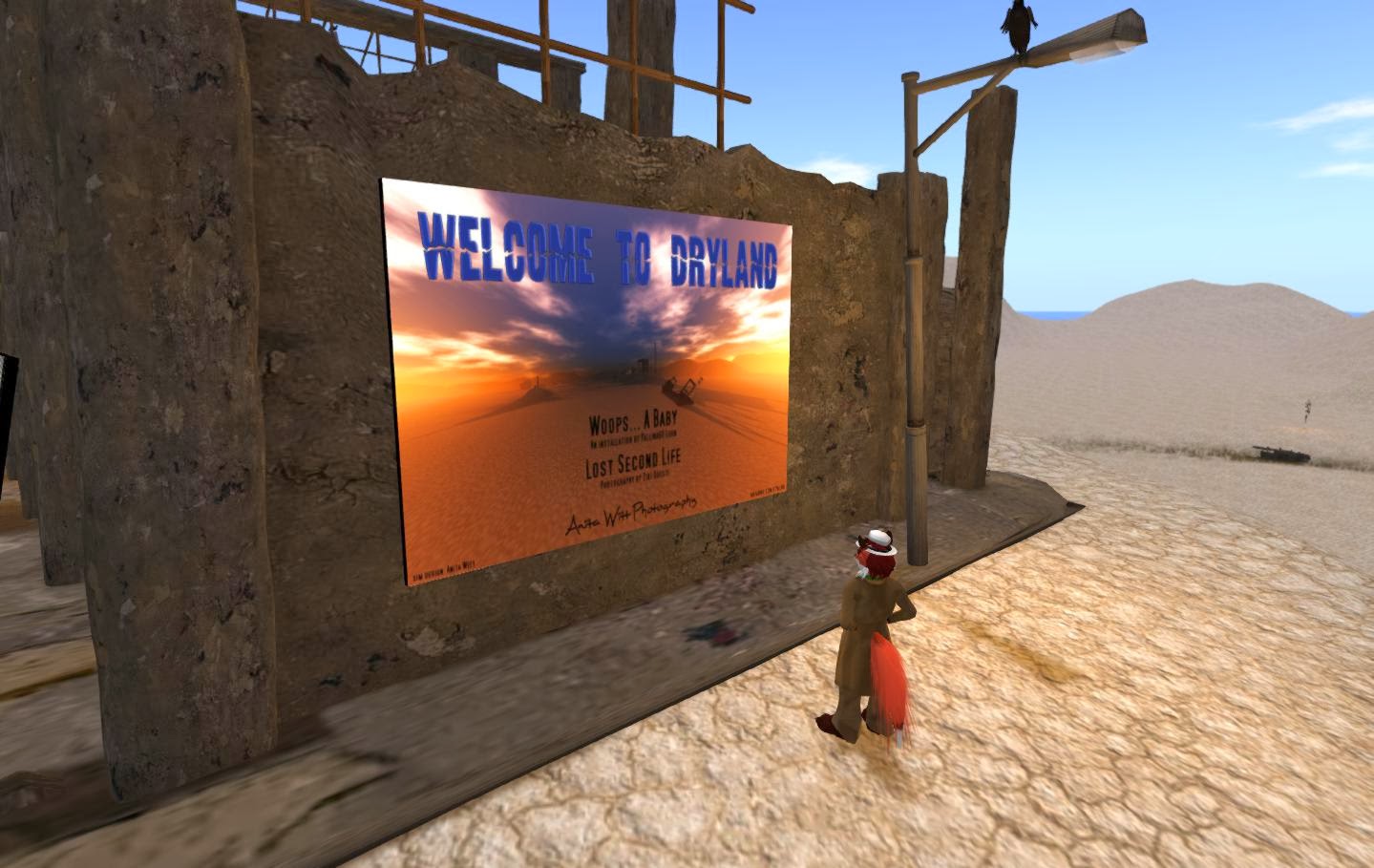 "Dryland" is located in the Mado sim. In January, Second Life Newser was here when the "Lost Second Life" (link) exhibit by Ziki Questi was set up here. And now irronicaly this sim itself will soon be lost. 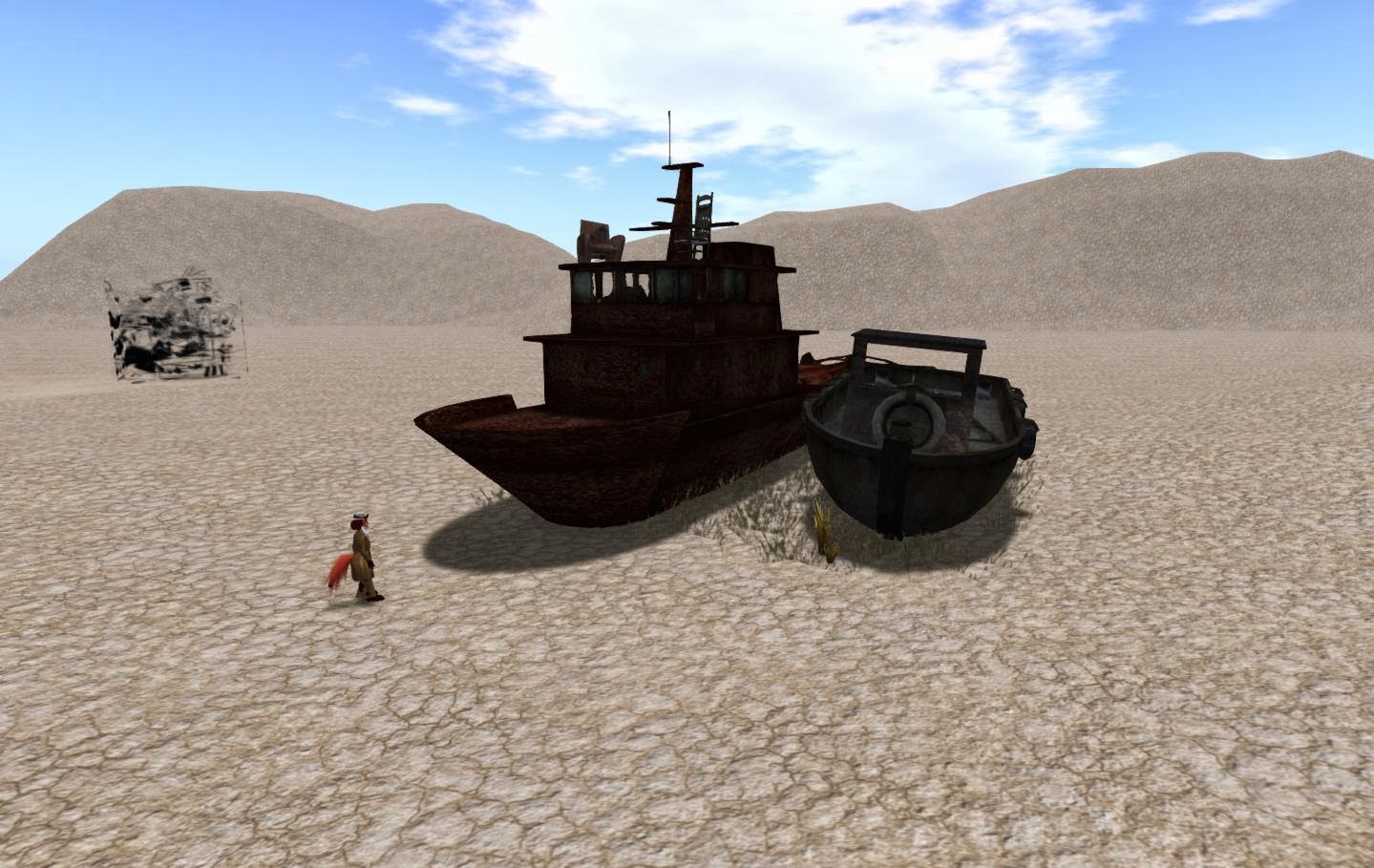 Designed by Anita Witt, a notecard I picked up stated she was, "Inspired by the man-made disaster that is the giant dried out Aral Sea in Kazakhstan/Uzbekistan" caused when the body of water shrank after rivers feeding it were diverted by the Communist government for collective farms. The result was that towns and villages that once depended on the sea were abandoned when their source of livelihood dried up.

The sim has a sense of being an abandoned wasteland, with scattered abandoned ships and buildings, and numerous other wrecks and debris. A lighthouse was still running, providing light for sea traffic that no longer existed. Not far from what was left of the water was a small carnival of some kind. 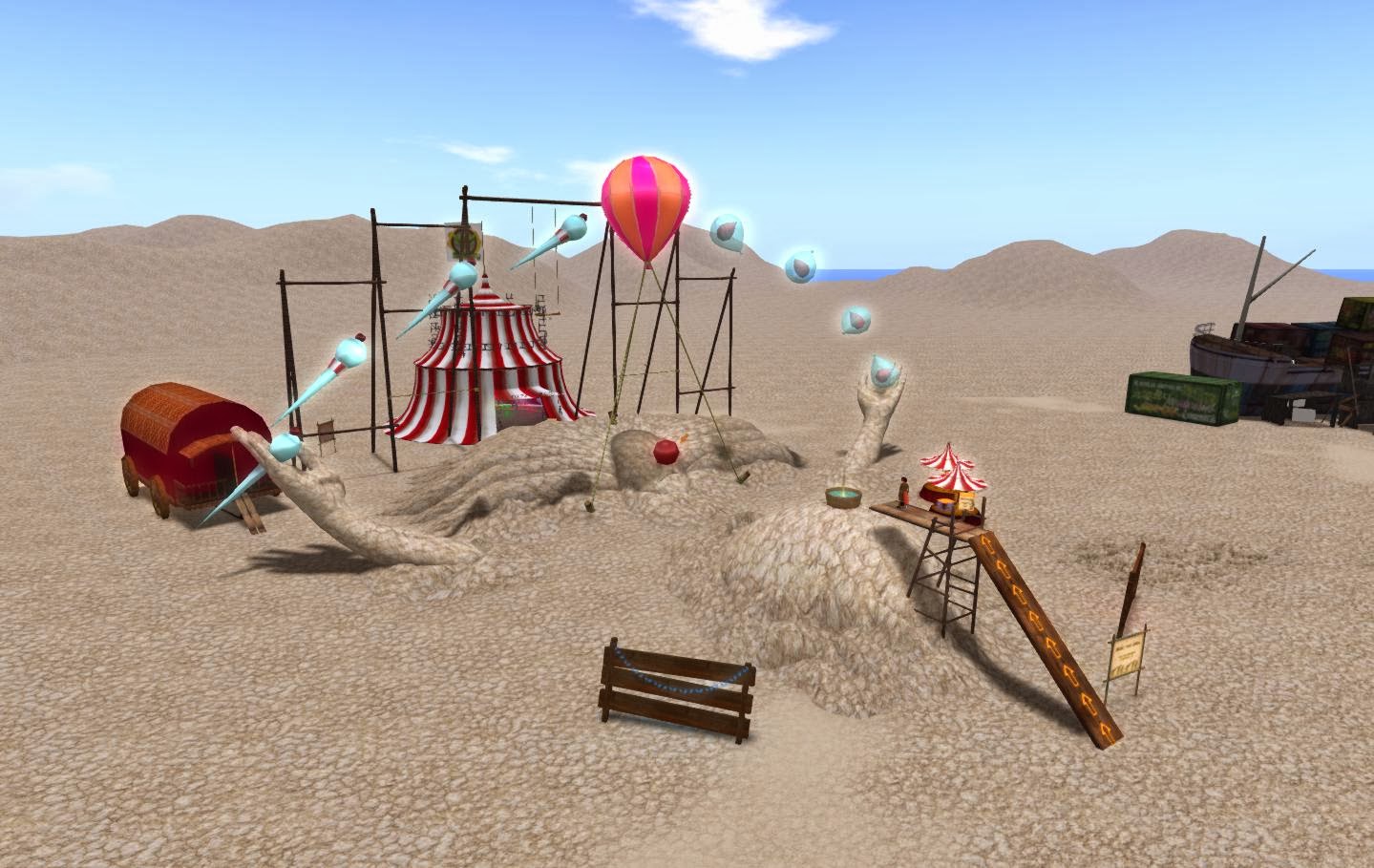 Inara Pey says the sim will most likely close in late March, quoting Anita, "I thought I’d give you all a fair warning in case you have photos or machinimas to make that requires a Dryland background, or if you’d just like to hang out one last time before it’s all gone."