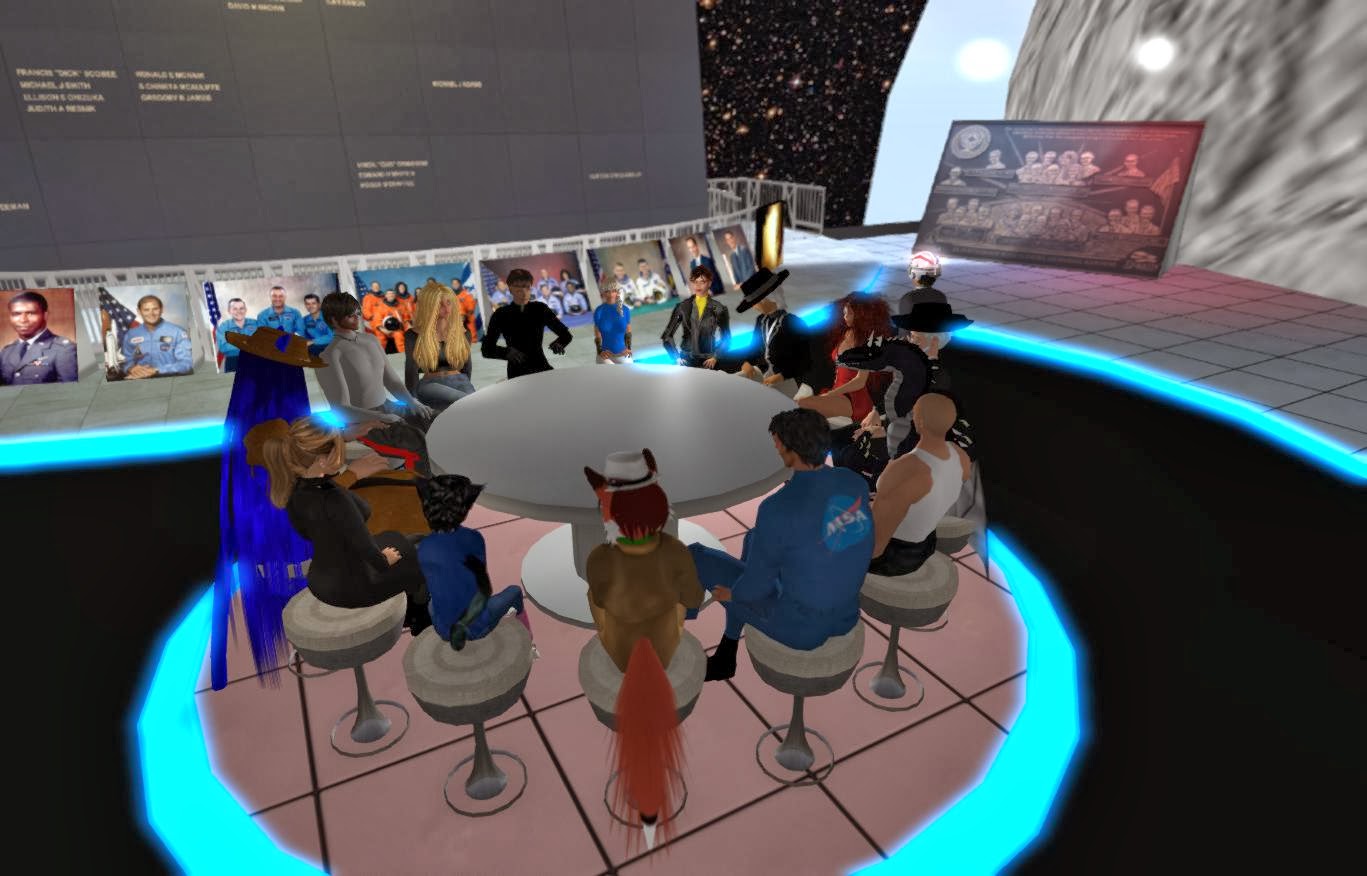 Last week on Monday January 27 was Astronaut Remembrance Day. And at 4PM SL time, there was a meet-up at the National Space Society sim to discuss those who died while on missions to space and in training accidents. The tragedies of the US space shuttles Challenger and Columbia were talked about. So also was the death of Cosmonaut Vladimir Komarov in 1967 when his reentry went badly. One of those present told of having heard he died in flames cursing the Soviet Union. Shortly afterward, the first Russian and first human in space, Yuri Gagarin, wrote a letter to higher-ups in the Soviet Government complaining about the unsafe conditions of their Soviet space program, and that the death of his comrade could have been prevented. As it wasn't so long ago since the days of the murderous dictator Stalin, and their government could still make people disappear, Gagarin's move took some guts. Several months later, he would die in a routine training flight.

An astronaut's life can be a dangerous one, but the rewards are to be among the few to trailblaze Humanity's ascent into the Heavens.