"Journey On A Pixelated Road" 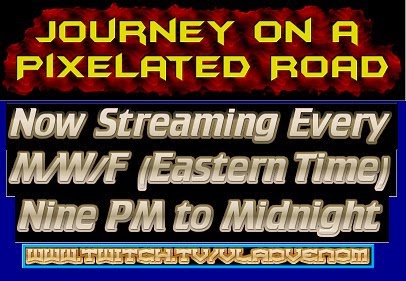 About four months ago I came across a website for Minecraft called Far Lands or Bust, where a man named Kurt began to walk across the length of one Minecraft world. For the record, that's roughly 32 *billion* meters (where one block is a meter). Technically, that would only take about 820 straight hours of nonstop walking, but I learned that Kurt has been doing this since 2011 and has only gone about 700,000 meters from spawn. Because the "Far Lands" (a place where the graphics get screwed up due to variables being overwritten) were removed a few versions ago, he's continuing to use an "outdated" version of Minecraft (Beta 1.7.3 where the current version is Minecraft "official version" 1.7.4 --- quite far apart in developments)

He is doing it for the charity Child's Play as he explains on his website (farlandsorbust.com) and in his youtubing of the episodes (currently at 327 episodes and counting). He's raised over $170,000 for it. I thought to myself "Y'know, that looks really fun. But they're episodes, they're taped, edited, and a far out of date version of Minecraft. No pyramids, no jungle temples, no trading with villagers, no nothing." So I thought I'd try and do the same, only I'd do my episodes live.

Thus was born "Journey On A Pixelated Road."

Come join me (Xymbers Slade) and give me something to talk about whether it is SL related or not as I attempt to waltz across the length of one (up to date) Minecraft world, updating snapshots and release versions as they happen. I'll be livestreaming from 9 PM to midnight my time (6 PM to 9 PM SLT) and continue to do so every monday, wednesday and friday if the idea takes off. I tried to do something similiar a weekend or two ago and got no visitors (when you advertise to 4chan and not even THEY show up to troll, something's not right)

www.twitch.tv/vladvenom --- there's a 20 second delay in the streaming, but I'll pay attention to the chat as best I can.

Xymbers Slade
Posted by Bixyl Shuftan at 6:01 AM