UCCSL Leader Kylie Sabra: "Linden Lab Has No Intention of Making Any Change to the Terms of Services"


Since forming the United Content Creators of Second Life in October 2013 , Kylie Sabra has been tirelessly been urging Linden Lab to undo it's changing of it's Terms of Service in regards to content uploaded, which many residents interpreted as the Lab saying they could take and sell the content made by residents at any time without any compensation, or at least modify them to recognize the rights of content creators. At the same time, she was urging calm, saying as long as reasonable and friendly negotiation with the Lab was open, there was nothing to be gained by angering the Lindens. To do so could very well end the chance of negotiation and rewording the ToS back to the favor of Second Life's builders.

On January 30th, Kylie posted on the UCCSL blog a different message. She had given up on getting Linden Lab to change its way. 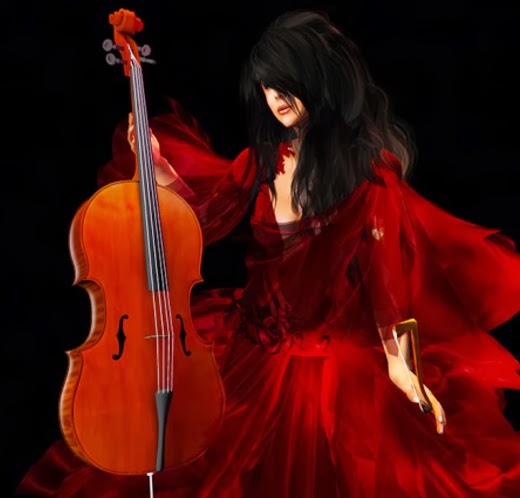 I mentioned at the end of December that would be sending a personal letter to Linden Lab, and I did not share that with you. However, it is clear to me now that Linden Lab has no intention of making any change to the Terms of Services. As many pointed out, the first two responses were merely smokescreens

Kylie showed the letter to Linden Lab later in her post, addressed to Peter Gray, Linden Lab's Director of Global Communications. This was her final plea to the Lab.

It seems my emails to you have been lost in the hubris. It’s unfortunate that a formal CMRR letter is required to receive an answer. As we move into 2014, I am transitioning the group. We still believe that the ToS is abominable and the lack of follow-up from Linden Lab has only served to increase the anger and frustration of creators. I imagine the Lab thought that if they just ignored the outcry it would diminish. That has not proven to be true.

I am looking to the future and I believe the more we work together the more success we will all realize. Right now there exists a deep chasm between the Lab and Creatives. I’m willing to work to bridge that, but I need your help.

Kylie would go on to describe her real life difficulties, and how Second Life had become important to her real life income. The change in the Terms of Service made her feel like she was on a "sinking ship," going on to say, "I am fearful. This ToS does not bode well for any sense of security in my future here."

Attached to the letter was a list of content creators and their various reactions to the ToS controversy, from ceasing their building to taking their business entirely to another Grid.

I have given valuable tools to the group to use as individuals toward the end of effecting change in the ToS. Whether they use them or not, is their decision. How I’d like to say, “Hey, you don’t need to do any of those things because we are making headway.”

Peter.  It’s broken. Let’s work together to fix it. I have the voice to help with that, but need something concrete, worthwhile to say.

But there would be no answer.

Kylie felt the ball was now in their court as to their next move. One option she felt was worth pursuing was appealing to the US Government, "I have sent my own letters to the government entities as cited in our Google Docs.... The U.S. government has interceded in cases like this before, without anyone going to court. If you are not in the U.S., then by all means send the letters to the applicable government agencies in your country."

There was one other option. In March, there will be a "grid-wide corporate logo hunt." I had a chat with someone who explained that the purpose of this hunt was to expose copyrights being violated. With Linden Lab claiming the ability to use any content uploaded for whatever purpose they wish, an argument could easily be made this is also an acceptance of responsibility for any material copyrighted in real life uploaded by others without permission.

After the blog post was announced in the UCCSL group, there was a chat about it about this and the departure of Rod Humble. I also had a IM chat with Kylie. She didn't have much else to tell the Newser what wasn't already in her statement. Only she had worked hard for a while, and was going to take a short break from dealing with the ToS controversy. It was now time for others to step in. While there was a role for the press in helping to keep the public informed about the issue, it would also take the content creators themselves, and their customers, to get the Lindens to eventually reverse their decision.