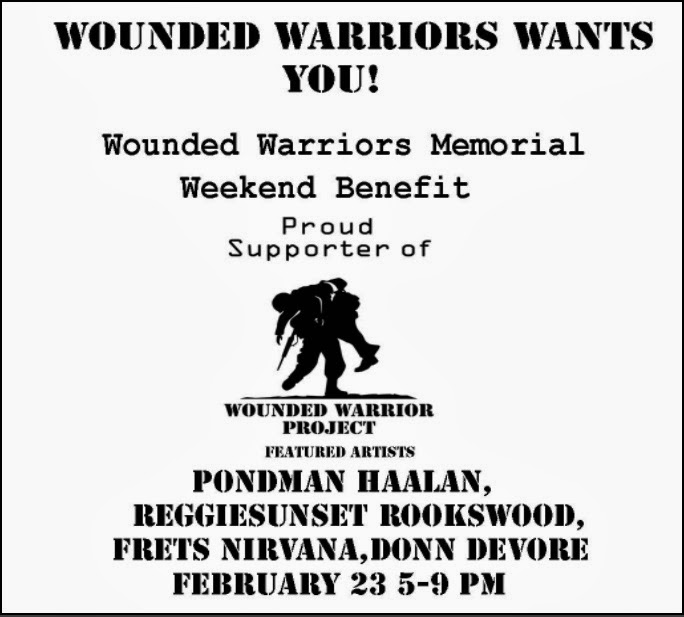 Frets Nirvana, the premier guitar artist in the virtual world Second Life and the US Military Veterans Group announce the second of the monthly series of Wounded Warriors benefits in Second Life for 2014.  This effort is now entering it’s fourth year!

ABOUT WOUNDED WARRIORS  - Wounded Warrior Project began when several individuals took small, inspired actions to help others in need. The resulting objective was to provide tangible support for the severely wounded and help them on the road to healing, both physically and mentally. What had been initially viewed as a small contribution (compared with what the warriors had sacrificed while serving our country) has become WWP's signature program:"WWP backpacks delivered bedside to wounded warriors."  Wounded Warriors program has developed significantly over the last several years to include advocacy, benefits counseling, caregivers retreats, coping/family services, peer mentoring, warriors to work and many other programs for the benefit of United States wounded veterans.  To learn more about the Wounded Warriors Project visit https://www.woundedwarriorproject.org/component/option,com_frontpage/Itemid,840/

For more information, contact Frets Nirvana
Posted by Bixyl Shuftan at 6:00 AM