Quite a bit has happened in recent days, such as Rod Humble's resignation and the head of the UCCSL's conclusion about Linden Lab and the ToS controversy.  Regrettably, this meant a few noteworthy events weren't mentioned. Still deserving of mention, here they are. 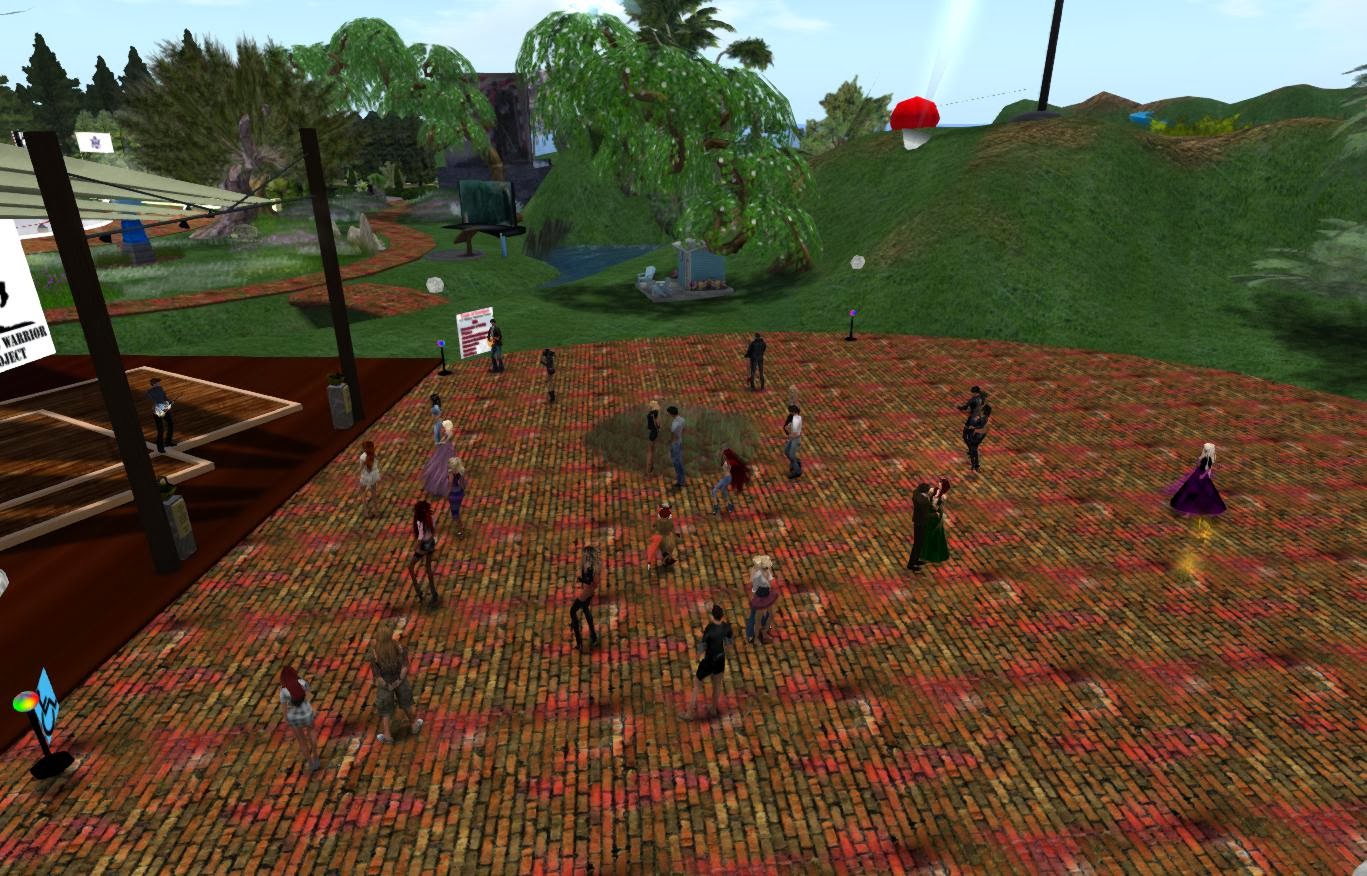 On January 26, the monthly Wounded Warrior fundraiser took place at Veterans Isle. From 5PM SL time to a bit after 9PM SL time (Midnight EST), four musicians performed live in front of the crowd. Besides Frets Nirvana who organized the event, there was PonDman Haalan, Ganjo Mokeev, and the popular Mankind Tracer. When the last singer was finished, they had raised about 115,000 Lindens. But the donations kept coming. About a half hour later, the total had gone up to a few shy short of 120,000.


We raised 115k Linden at last nights Wounded Warriors Benefit. That means we will be sending a little over $400 to Wounded Warriors for the month of January 2014. Thank you to all who supported and to the great performers. Pondman Haalan, ( Alton Rex), Ganjo Mokeev and Mankind Tracer ( Seth Regan). You were fantastic. ...  Remember, this need does not get smaller. It only gets bigger. Count the blessings that so many have sacrificed to allow us to have. Thank you all for supporting.


Veterans Isle holds Wounded Warrior benefits by Frets Nirvana on the last Sunday of every month.

While the Steamlands were having their Winter Games on the weekend of January 25 and 26, the ROMA area was having its Paganalia festival. Things started off on Saturday with a roleplay ritual for Ceres, the Roman goddess of agriculture, and Tellus, or "Mother Earth" to the Romans. The ceremony was done in Latin with an English translation. The two other events that day were fishing and a crocodile race. Sunday would see a recreated ancient Egyptian ritual, then the Grand Feast which offered lots of food and dance. The final event was the "Legio XIII Death-match," in which ROMA's legionnaire's fought one another with sword and shield in one on one elimination combat with the winners of the first round taking on one another in the second, and so on. The match was held on a bridge over spikes. If a player fell, he or she was out. The semifinals had one close match with each legionnaire's combat meter close to one another as damaging blows were felt. The result was both players knocking each other out: a rare occurrence in ROMA's legionnaire fights. The winner was Tarvos Cilvrnigvs (Tarvos Resident), whom walked away with a 1000 Linden prize.

Following the first episode of Draxtor Despres' radio show, the program continued to be broadcasted every Friday morning in Second Life, with the episodes available for later listening on the show's webpage. Yours truly planned to listen to each one before writing about it, but time constraints left that a nonoption.

Episode 3 featured an interview with Esteban Winsmore. discussing a documentary about virtual reality by Loki Eliot, and a Google Glass user getting arrested.

Episode 4 discussed the resignation of Rod Humble, and the impending shutdown of Cloud Party.

Sorry these stories didn't get attention until now, but better late than never,