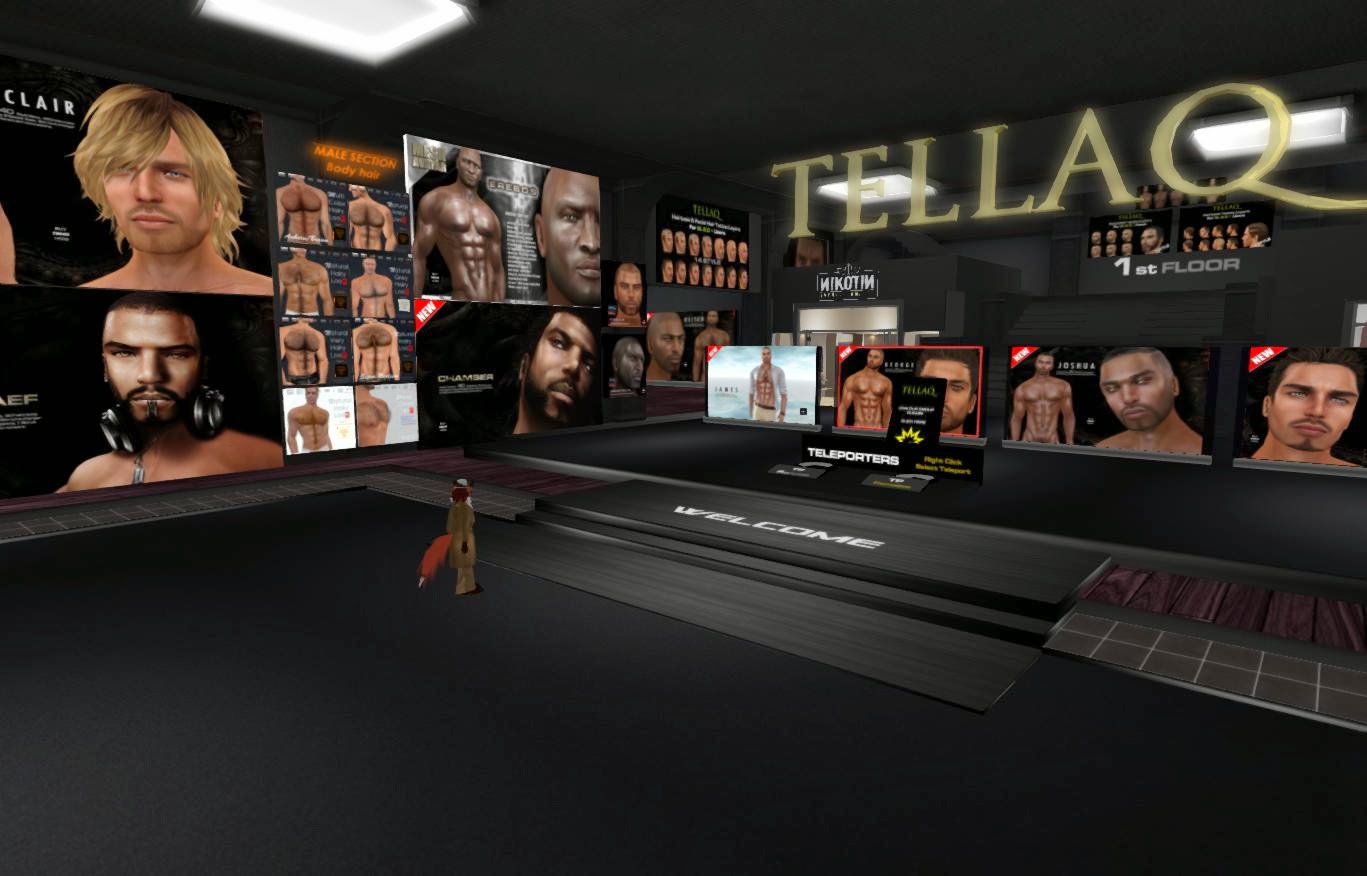 A few years ago, Second Life Newser wrote about Tellaq Avatar Creations. This was an avatar skin store that emphasized quality appearances, notably ethnic looks. Checking back recently, Tellaq is still around, and still innovating with new looks.

Probably the biggest change is in the past few years, Tellaq Guardian has been designing avatars with newer mesh technology. He showed me the picture of one of his newest avatars: Erebos. This av was highly detailed, the skin showing features such as bumps on the skin, slight subtle stubble, even a few blood vessels in the eyes. Erebos was his top selling avatar, the product of about several months of work. Other avatars popular with Tellaq's costumers include Bale, Nicolas, JJ Daef, Chamber, and George. 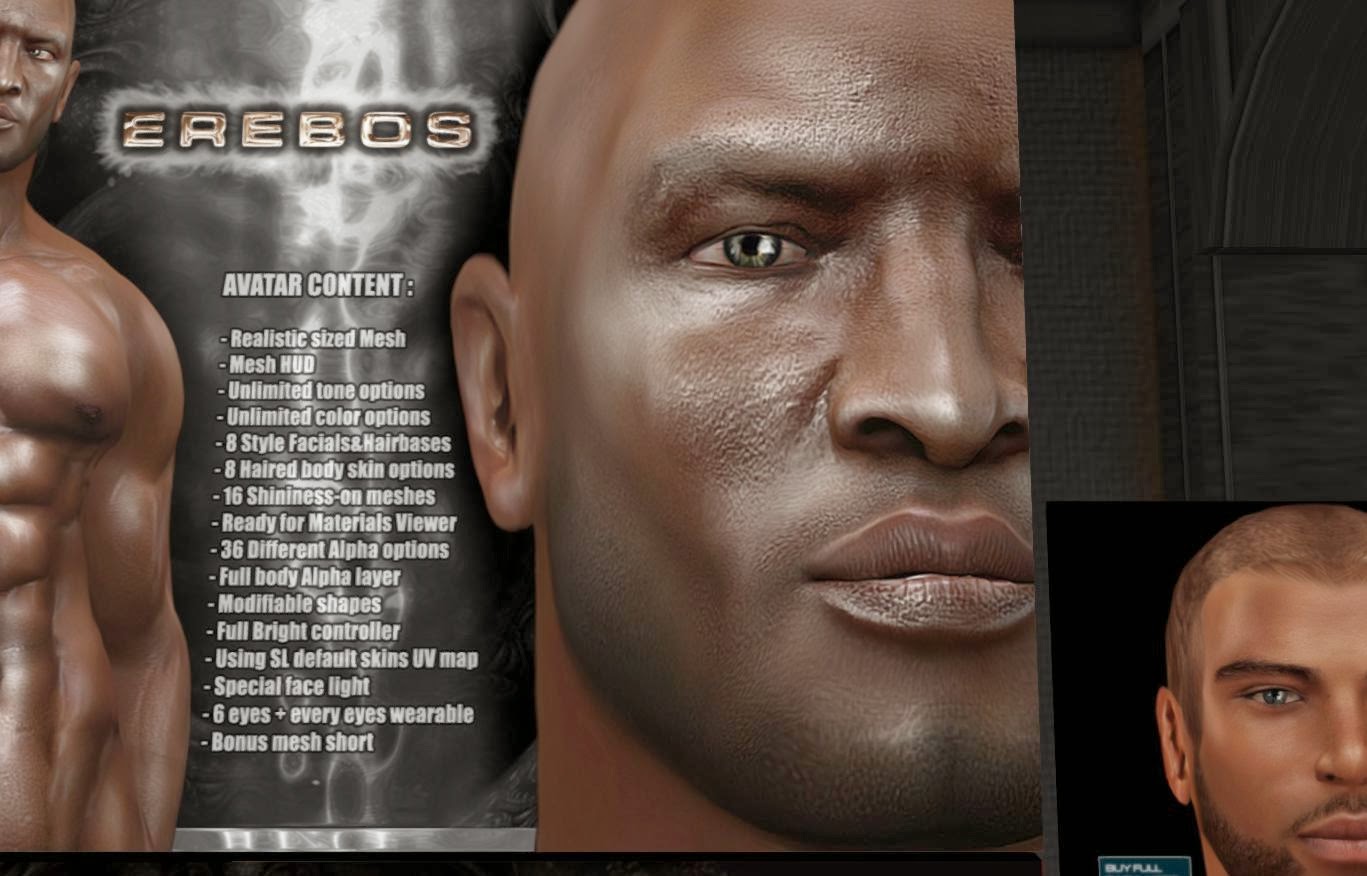 Tellaq keeps his design focus on male avatars. For those looking for a female look, he cut a deal with Edde Edman and Akihn Kirax. These detailed avatars, a number of them also ethnic, can be found upstairs, in addition to Tellaq's older skins. The price of the avatars vary. His popular Erebos costs about 3000 Lindens. Usually the older avs are discounted in price, but not all the inexpensive ones are from last year or older. His Felix skin, which was released only recently, costs 300 Lindens.

Skins are not the only thing Tellaq's store has for sale. He also has some accessories up for sale, such as sunglasses, sneakers, clothes, and cigars "My friend's works," Tellaq explained, "Raph Dirval, great items." The cigars also had smoke animations for blowing rings. 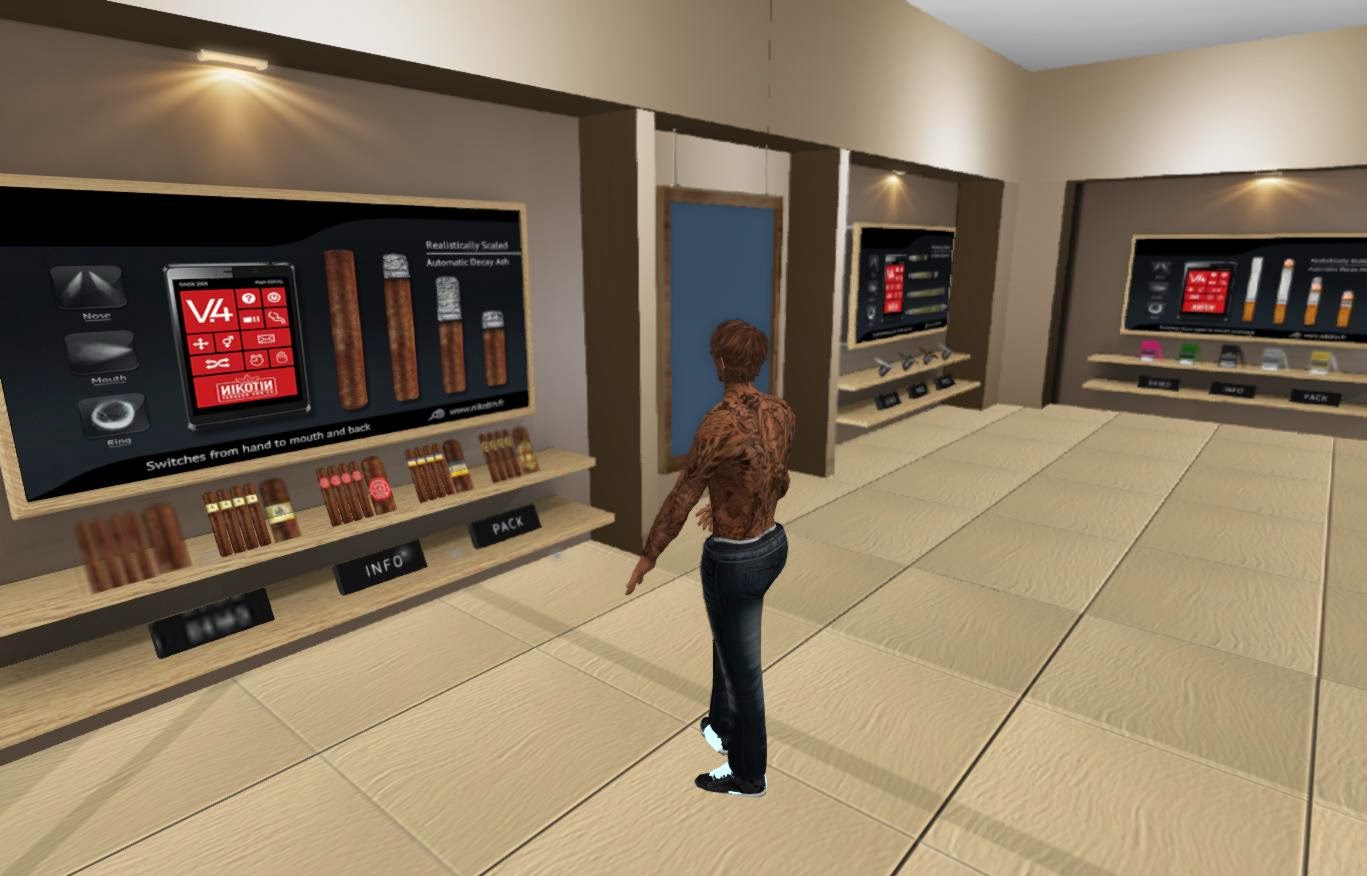 Tellaq's plans for the future? He plans to release more mesh avatars, and otherwise meet customer demand. The reasons this place was built are still around: the more variety available in appearances, the better, especially if they're well designed.

"Thank you to all Tellaq customers."