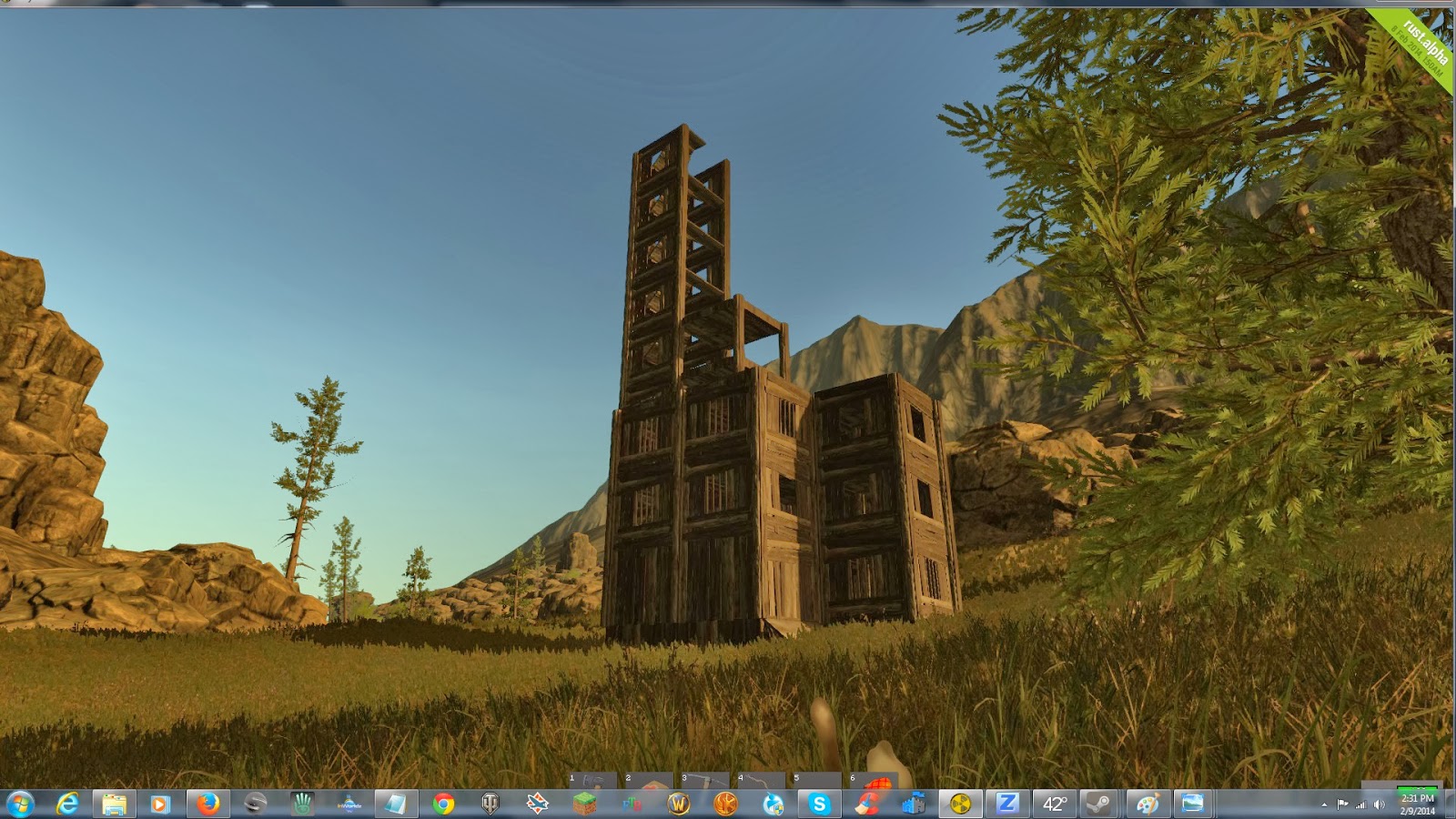 Remember the "Rust" game Nydia and I gave a try at (article)? Well, we went back for more, went to another server when somehow "Lost Island" was down, a few friends from the "Furry Gamers" joined us, and we ended up having some fun in the wilderness. We cracked jokes about hunting down the piggies, "Nuuuuuuuu! I don't wanna be bacon! Nuuuuuuuuuuu!!" The girls cracked jokes about having to go about in male avatars, some of which can't be mentioned here without editing. And it wasn't long before we had  a building set up for ourselves, complete with a tower. As we get more wood, we add to it. So far it's nine stories high. Wonder how tall we can get it?

The game has had an update since Nydia reviewed it. The wilderness and zombie survival MMO dropped the zombie part. They killed off the zombies (article by PC Gamer). In their place are bloody red wolves and bears. This had been a disappointment to some, Nydia included, but the gaming goes on.

So what happens next? What will replace the "zombie wildlife?" Stay tuned. In the meantime, here's a Youtube by Argyle Alligator when he tries to interview Rusties in a PvP server, of which he has some varried reactions from the locals (Click Here).