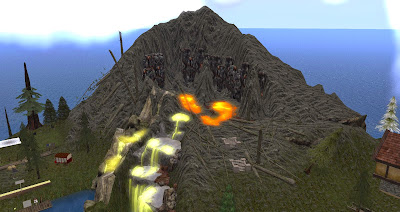 On Friday evening, May 15, Mount St. Helens in Steelhead St. Helens, normally white with a little green from snow and a scattering of trees, was gray from ash and a little orange from a volcanic explosion. The water going down the side had gone yellow from sulphurous compounds. 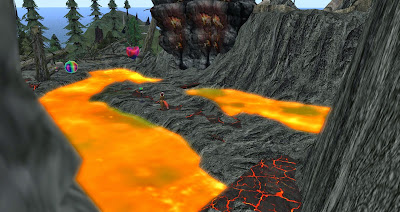 A closeup of the lava pool revealed quite a bit of molten rock, though it was contained to the crater and not rolling downhill onto the greenery. 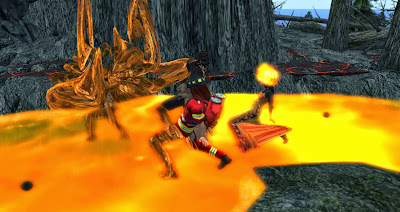 And the Steelheaders having a love of fire and explosions, it wasn't long before a few came by for a small dance party. Fuzzball Ortega (not shown) was playing the music.

Steelhead St. Helens erupts about this time every year, the previous explosions of 2011 and 2012 being quite spectacular.