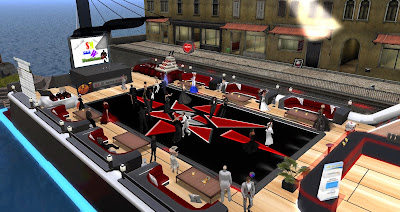 Saturday May 9 was the day of a party held to celebrate both the anniversary of the Second Life Enquirer, and the rezzday of it's editor and owner: Lanai Jerrico. Both have been in Second Life for ten years now. The event was held aboard Lanai's yacht in the Mont Fleuri Isle sim. 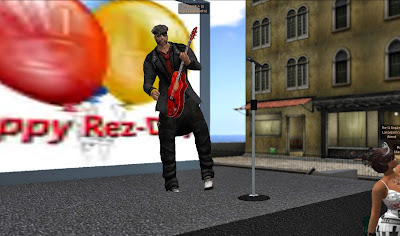 Anek Fuchs provided live music on a small stage set up in the back. Later on, the music was provided by DJ Zephyr and DJ Mack. 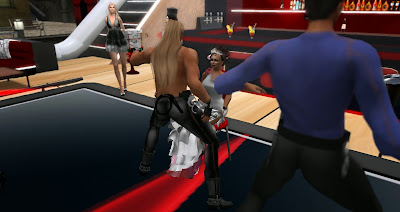 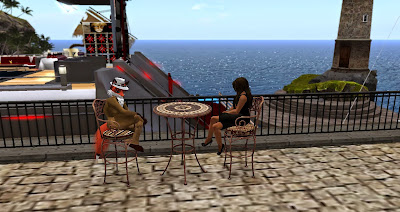 Later on, Yours truly would interview Lanai Jerrico (like she interviewed me a year ago) about how she came to Second Life and founded her newspaper. It will be up soon.

Bixyl Suftan
Posted by Bixyl Shuftan at 6:01 AM