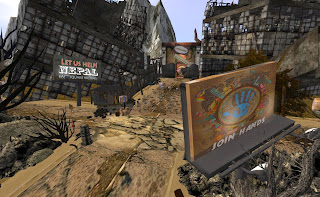 While the Relay for Life continues, there are other charities going on in Second Life. Among them is "Fashion for Food" by "Join Hands," set up to help aid the people of Nepal, a small landlocked country between India and China that is home to some of the tallest mountains in the world. Unfortunately, the same forces that created these mountains mean the country is the scene of occasional earthquakes. And on April 25 the country was hit by a devastating 7.8 scale quake, that has left thousands dead and injured and millions in need of aid. Complicating the situation is the approaching monsoon season, and the shortage of clean water and sanitary facilities. 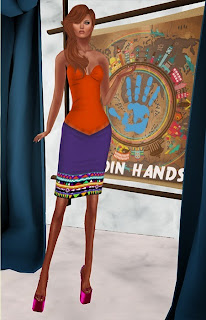 According to Inara Pey, "Join Hands" was formed by Valsnia and Ruby Ornamental. "Fashion for Food" is their first event, a four-day fundraiser that began Wednesday May 13 with a fashion show and and after show party. Around the fundraiser location are a number of items of clothing and apparel for sale, with money raised going to the World Food Program. Further events are a DJ event on Thursday May 14 at Noon SL time, and the closing party is on Saturday May 16 at 2PM SL time.