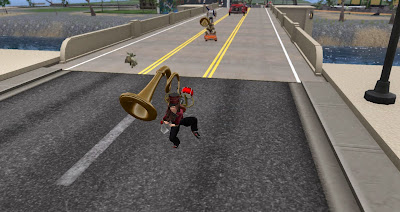 It's been quite a weekend. Bay City had it's Seventh Anniversary celebration. For the Relay for Life, the Medieval Faire by "Unmasking a Cure" has it's last events, and the "Halfway There Fair" started. RacerX announced his Snail Races may be coming to an end. And for the Newser's adopted community, the Sunweavers/Angels, their "Happy Vixen" club was once again the scene of fun with their grand reopening party.

More on these stories later. But for now, time for a little rest before real life work.