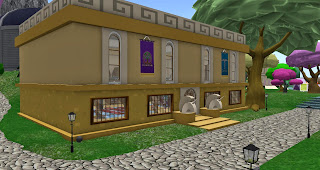 It is time for another short story contest. As I work with several libraries this contest is open to not only the members of those libraries but also the general public. Feel free to pass this opportunity along in any interested groups or among your friends.

1. The story must be appropriate to read in a G rated sim and must be appropriate for young ears to overhear being read aloud. There is a lot that can be done within this, so basically no extreme violence, no sex, please no innuendo. I WILL have to ban it if it's something that I can't have my kids hear me reading.

2. 500 words or less for this one. I want a fully developed story within this, that's your challenge.

3. You may submit a story you've previously written that fits the wordcount, or something you've written that is new.

4. If a story has won a prize in one of the Trotsdale contests or one of the contests for the other libraries before I'd prefer not to see it resubmitted.

5. There will be three winners selected, see prizes below.

Too short for you? Too long? Don't worry, I'll do micro story and longer story contests later on in the year. There will be poetry contests again too.

**Submission**
Each of the three libraries this is posted in will have a submission box for the stories to be dropped into. After the deadline is finished Amehana will pick up the boxes and disperse the entries to the other two judges for judging.

1st prize: 500L
2nd prize: 300 L
3 prize: 200 L
The above prizes are baseline. The end amount of the donation pool will determine how much higher the prizes will climb, just like previous contests. The prize pool will be held by Kirsty A. Makay (Hanaarashi Resident) and dispensed from there after judging. Donations to the prize pool can be made by paying the contest tipjar that will be out in the library, which will also be next to a dropbox for entries.

Winners will be announced one month after the submission deadline to allow all judges to read and pick their votes. 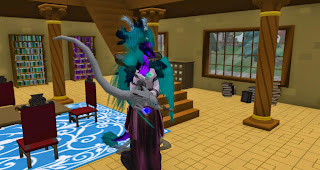 Besides the Trotsdale Library, at Trotsdale (19, 152, 24), the contest is being held in cooperation with two other places, Amehana Ishtari saying, "We're working with these two libraries on inter-library contests."


"The winners of the contest will get a linden prize as well as having their stories read and recorded for the library's youtube playlist for the video resources, since not everyone can always come hear readings. This way the winners also get to have a lasting contribution to the library."