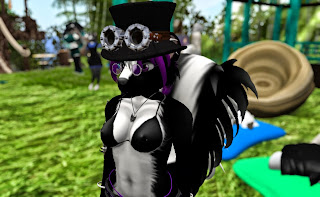 It was last week in which the Newser reported that Luskwood founder Michi Lumin stated that she had a chronic autoimmune illness, and that while there was a treatment available, Xolair, her insurance company was refusing to pay for it. She went ahead and arranged an appointment for a "test round" for Monday May 11 to see how she would react to the drug. There was a 1% chance her body would react badly to the medication, and a 25% it would have no real effect. She would stay overnight at the hospital in case of the former.

On Thursday evening, she finally had some news on her Facebook page about how well, or not, the drug worked.

"... status update... 3 days in, and, I was trying to be really cautious to jump to any conclusions but -- I really think the xolair is working. Amazing that one shot (well..two) can just turn complete and utter misery and constant pain into my first day of normalcy in over a month. (6 weeks, really, this is the first day I've felt normal.)" She was reducing the dosage of one other medication she was on, and "hopefully can reduce the other drugs soon, too. ... I tell you after taking too many meds, there's a point at which your body just starts to say no more. ... just the thought of medication is sickening." Although this was still the first treatment, "Now hoping that I'm part of the group that can have it knocked into remission by this thing." 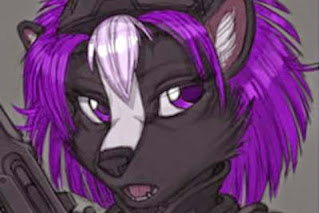 "Anyways, not over yet, and there still may be rough days ahead but - I just.. want to thank everyone who's been supportive... It's hard when you've got pretty much no family left, to find the only people you have in online communities and stuff... Yeah I've heard the talks about how "online friends aren't real"... "family first, blood first" etc but... when that's what you've got, well... I'm thankful that there are still good people out there."

"... I actually feel a little guilty that I'm feeling better now, which is weird. Whereas before I was feeling bad because I couldn't be up to standards. ...| I'll keep people updated... "

Of the gofundme.com page set up by Alan Peer to help pay for Michi's medication, more money has been coming in. $1220 of the $12,000 goal has already been collected, or a little over ten percent.

So now part of the struggle is behind her, finding out for sure whether or not the drug works. Now comes convincing the insurance company to pay up for it.