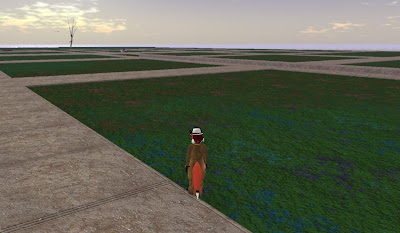 Today, Wednesday July 8 is the last day for the exhibitors at the Second Life Birthday to pick up their exhibits. Already, much of the place looks bare. July 9, the sims all go offline. It was a great fun event, but now it's time to move on. 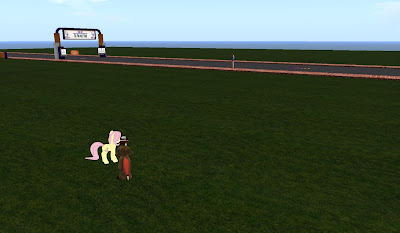 And just as the SL Birthday is fading away, at least until next year, the sims for the Relay for Life Walk are now open to builders, such as Dusk Griswold here for Team Sunbeamers. 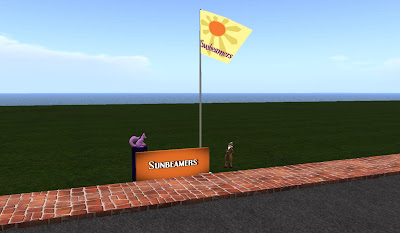 So far, only the team's flag has been placed to say "we're here" at our location on RFL Strength, But the team has been working on parts of the exhibits for the past few weeks, so we'll soon have the camp ready. While the Newser will offer tantilizing sneak peek pictures to show what's there, the whole thing won't be revealed until just before the Relay. Same thing with other team camps (unless they want), although the special designer sims are fair game.

And so in one day, we say goodby to one of Second Life's bigger events, and hello to it's next one.