SL12B: The End of the Cake Stage 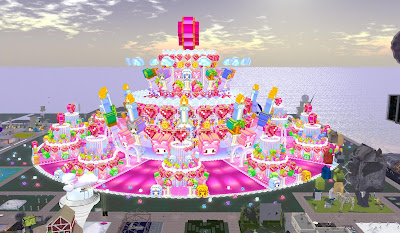 "All good things must come to an end," and a week after the official end of the Second Life Twelfth Birthday Celebrations, it was time to take down the main stage, also known as the Cake Stage. And so on Sunday July 5, after a day of being closed to all but basic staff, the four sims of the Cake were reopened to all so people could party and witness the cake going "boom." Although it would be more of a collapse then an explosion, they still called it blowing up the Cake. 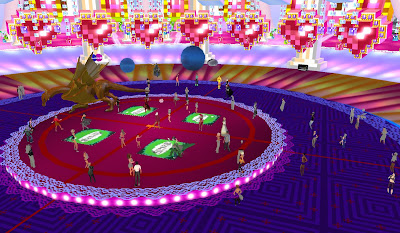 The festivities began at 4PM SL time. BubbaCJohn (in an Elvis avatar) and Erin Fenser took to the stage and did music for the crowd. Later on, they were joined by a fast-stepping dragon who managed to avoid stepping on anyone. 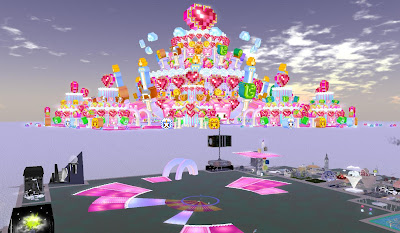 At 6PM, the main event began to take place. First the stage was raised a hundred meters in the air. 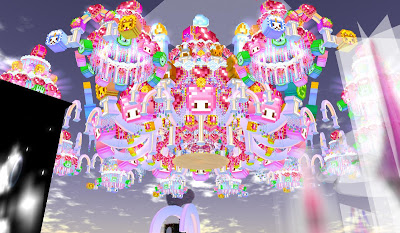 A view of the stage from below. 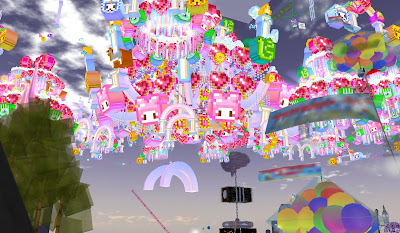 After some minutes of not so paitently waiting, it finally came crashing down. 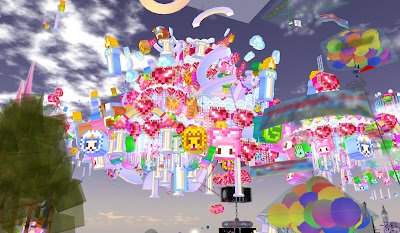 What had taken weeks to create disintegrated in seconds. 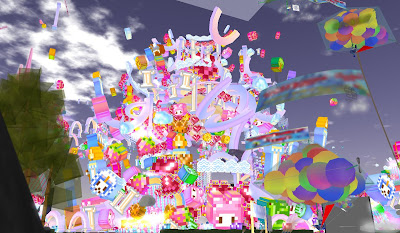 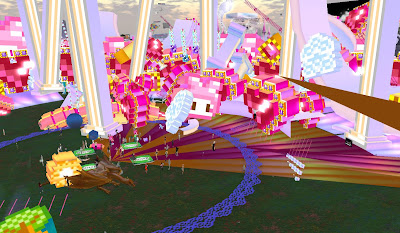 At ground level, a few people began having more trouble with lag. But most continued to dance. 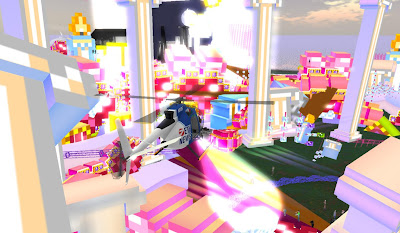 Yours truly wasn't under the cake when it fell, but in a news chopper piloted by Uccello Poultry. But something went wrong, possibly a stray prim hitting the blades, and we had to bail out. 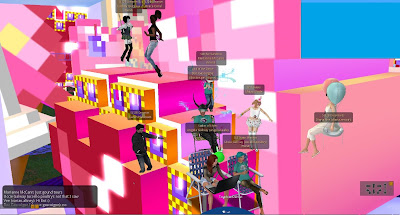 There were a number of SLB volunteers around, including Mikati Slade, the builder of the cake stage.

And so, the biggest build of the SL12B was now history. But this will be only the first to come down. From tomorrow July 5 to Wednesday July 8 is the "take down" period when the exhibitors pick up their builds. And on Thursday July 9, The Birthday is truly over when the sims themselves go offline.