Scenes Posted From the Relay For Life Volunteer Group


In the final days of the Relay Track, a few Relayers posted a few scenes. 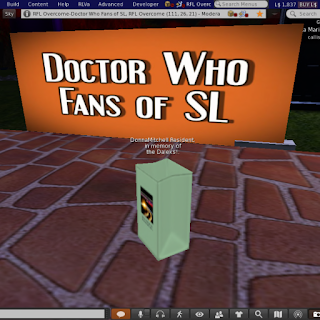 "In memory of the Daleks. Who says Dr. Who fans don't have a sense of humor?" 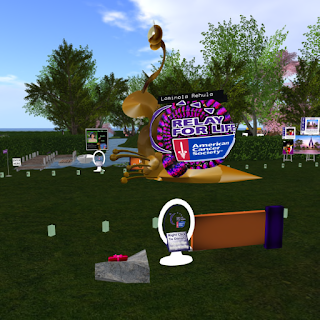 Lominola Rehula had an avatar challenge in which if a certain amount was donated into her kiosk, she'd don one of RacerX Gullwing's giant snail racer avatars for seven days for the second year in a row. It was met, so she posted about it, "I'll be a giant snail again for one week. :-) " 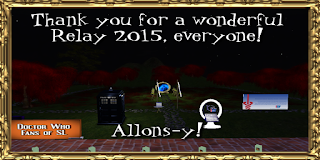 Another Dr. Who picture, this one from one of the team. 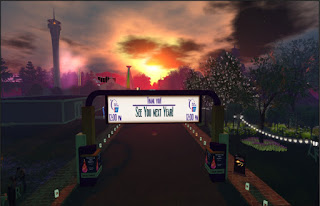 Wildstar Beaumont posted this picturesque farewell scene, "See you next year."
Posted by Bixyl Shuftan at 6:05 AM