This week, Grendel's Children, a well-known avatar and accessory store, came close to being shut down due to Paypal, and then Linden Lab, bureaucratic stubornness over technical details. 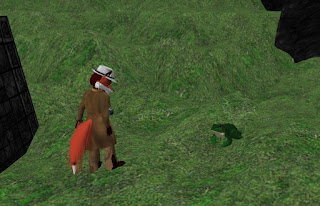 When I asked Toady Nakamura, one of the co-owners of the place, about the problem, she answered, "we seemed to have fixed it. Some snafu in the billing caused the Lindens to lock Flea (Bussy) out right after the holiday weekend, and it took a few days to sort it out. ... today (at) 9:35 am, they let Flea back in.  It was kinda Miracle on Avaria Street, all our old friends and customers came out of the woodwork and between the good energy and their shopping energy, they helped us get around the PayPal/Linden snafu. So (it) was very scary for a while, because they really weren't listening. And even today 'when the fix was in,' it still took 3 calls to get thru to someone down there who had read the memo."

Toady went on, "Ah yes, Paypal (not known to us) decided that all accounts must be VERIFIED. That means something like cellphone or chargecard. Well, (Flea) doesn't have cellphone and the chargecard had rolled over with new expiration date. And kaboom, no good says Paypal, (and the) Lindens go 'no good' and lock him out. So he couldn't get to his linden balance to pay. (It) was annoying, catch 22 and a half,  subsection (really annoying 1.34.c)." 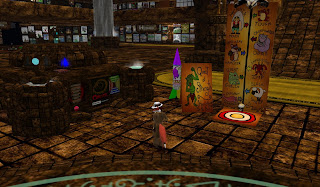 "So finally this morning it all got straightened out, but only after SEVERAL people had run it all up the flag pole and back down. ... We were a couple hours from losing the sims. It was a bit of an overreaction. We wouldn't have raised holy hell without it being so close. It's always around holidays that their billing department goes kukaburra. They did similar to me around Memorial Day 2014. My credit card did same thing, rolled over, new expiration date. And they wouldn't take my premium membership and the letter I got was all full of threats. ... Which was amazing stupid cuz not one week before they'd told me to send in copy of my drivers license and utility bills (which I did) for 'personal verification' and during that time they also threatened to close my account if I didn't comply. So two times in less than 30 days. Their problem solving department was apparently trained by 500-lb canaries."

"The Lab wouldn't listen to you?" I asked. Today answered, "I sent in all my stuff initially, but it wasn't good enough, driver's license and utility bill showing HOME address. They wanted (a) cellphone.  I don't have one. So I was being threatened for verification of something I don't have. And no they didn't listen very well. Ifilled out ticket after ticket and finally one of them was read well enough for comprehension to trickle down. I told them I'd be delighted to get cellphone, but they'd have to pay for it. Then I'd be so happy to give them the # for their files. They stopped being so demanding."

"This time, the Lab listened to a LOT of people freaking out all at one time.  I don't know if they'd have listened to us individually, but I would hope they would have."

"So what happens now?" I asked. Toady answered, "We have to straighten out the Paypal problem. But we have some time now... Hopefully Lindens take look at system that makes 9 year paying customers feel like they went in and out of SingSing. Not nice. But I can't tell them what to do, I can only hold up my end and wish they'd play nicer." She commented of Linden Lab's behavior, " 'plays well with others,' D- this week. 'Takes care of pets and toys,' F. 'Runs with scissors in stairways' (PLEASE!!)."

Toady called the effort by others to prove their worth to Linden Lab a "miracle," "Our customers and old friends, and people we never met before got enough $L in our accounts by buying things to render the PayPal snafu moot for now.  That's miraculous, and MUCHLY appreciated. A total wonderful flock of angels descended on our store and literally saved us. And PS, I never got so much $L in so short a time, even in the old days when sales were wonderful."

Toady had been one of the volunteers at the Second Life Birthday celebration, the builder of their live music stage, and was in the process of dismantling it as the cash flow came in, "I was taking down the birthday sim, prim by prim, set by set. And almost as I was taking prims, the balance of $ was going up up up, inverse, was utterly amazing."

Toady added, "And you could also thank the Lindens who were contacted. I don't know their names, but I know some of the people that heard about this contacted them. One twittered the CEO, others got strings pulled somehow so he didn't have to go thru the 'outsourced billing department' but got bounced 'up into Linden billing,' whatever that difference is. Again I don't know, but those were things we were told to tell him ... when he calls, insist to be transferred to 'Linden billing.' It's just a paperwork/computer problem that got really way too big, and way too out of hand."

Toady stated, "And if I had one wish in all this, is the Lindens would have some sort of algorithm for their customers. Anyone paying for one or two sims for 9 years is not your enemy. They don't deserve to be treated badly. So like have some account history for these poor people in billing. 'Oh gee, 9 years, at least two sims, maybe I should take that into account and skip the threats,' ... yanno really, they should just skip the threats, no matter how long someone been (a) customer. In truth, today's 1 month old sim owner who is late for snafu is just as important as 9 year old member, yanno?"

Toady did say that she wasn't bitter toward the Lab, "I am really grateful that the Lindens did listen, cuz the alternative would be watching 1600 of Flea's avatars disappear totally, plus all his other zany stuff. ... Just today one linden said they remember getting our 'new Linden gift pack' in 2007(?) or 6, and still having all the contents. You know Flea has two avatars in your library? (The) Box Bot (which the Lindens use in their premium adverts), and Fae Dragon ... You have Library > Clothing > Box bot, 'cardboard box bot' and 'dragonlet.' " 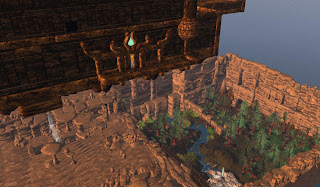 Today went on, "Back in the ooooold days, they flew Flea out to San Francisco to receive a Linden award, in 2006, and Philip said 'As goes Grendel's so goes the grid.' I then brought up a few years ago the quote had been used when Grendel's had some trouble. "We had four sims," Toady answered, "two of them went utterly wonky and we couldn't get customer service at all. So Flea sold them. THEN we got customer service for a while. Apparently there was a LOT of press."

Toady would then show me around Grendel's hidden areas, in addition to the roleplay area beneath the store. It was a reminder a lot more would have been lost than just a store had this bureaucratic snafu not been broken.