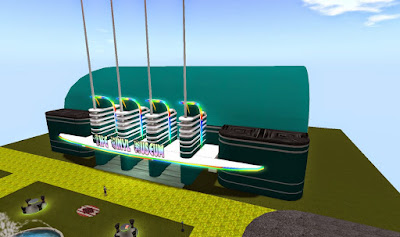 The Sunweaver Estates is known for it's clubs. But one of them has gone inactive, at least for now. This week, it was announced that the Vinyl Museum would be indefinitely closed to regular events.

Until further notice from Perri, Vinyl is semi-closed. The club is still open for use there just won't be any events until Perri comes online and is able to stay online to handle issues. We can't run with no Managers and DJs. We apologize for this inconvenience and hope this won't make you give up on us. 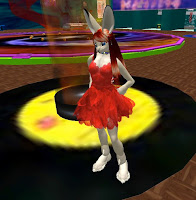 Opening in May 2009 as Club Xanadu, a classic club with the design based on the Pan Pacific Auditorium which in the movie "Xanadu" was turned into a club. with Perri Prinz and RECoyote Mindes as co-owners and Perri the regular DJ. Perri had a reputation for being a good DJ, with one of the best selections of 60s and 70s classic rock. Even though the club was later renamed "Green Meadows," and then "The Vinyl Museum," people have continued to call it "Perri's Xanadu," and more recently just "The Vinyl."

The club has temporarily closed a few times in the past, last reopening in December 2013. Taking the Tuesday and Thursday time slots that were done by Club Zero Gravity before it closed, the club has continued to do well until recently, being among those taking part in Second Life Newser's anniversary parties. But Perri has had to take an indefinite break from Second Life to help out family in real life. That led to the decision to put regular events on hold until the Sunweaver's popular bunnygirl DJ can return.