Commentary: Linden Lab Continues to Shoot Itself in the Foot 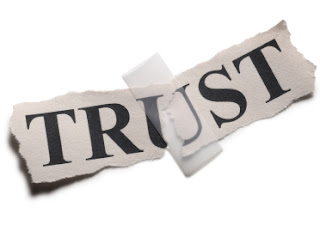 With the Relay for Life now over, time to focus more on other issues, such as Linden Labs and its recent blunders.

When Ebbe Altberg took over as CEO of Linden Lab, at the time a number of residents were having serious doubts as to its commitment to the residents of Second Life, the content creator rights controversy being the big issue at the time. When the new leader of the Lab spoke more on the issue in five minutes than the company had in five months, many residents became hopeful things were changing for the better. When the controversial section of the new terms of service that had created the mess was rewritten, more felt certain better times had arrived. A few longtimers held their enthusiasm in check though, commenting they'd seen hopeful signs followed by disappointment before, saying chances were, this was just a honeymoon period for the new CEO.

It would seem the honeymoon has ended.

A few months ago in April, residents were surpised to hear about the closing of the SS Galaxy, the three sim ocean liner which had been around for over eight years, the largest build on the grid. It came as an even greater shock as to what led to the closing: a severe griefing assault followed by Linden Lab telling the ship's managers they would get only one sim rollback to repair damage, and then no more. All that money spent by a longtime customer, and when they asked for customer service were essentially told to stuff it. No surprise the owners decided they could no longer promise the experience they offered to Second Life's cruise liner fans before, and announced they were closing.

Sadly, the closing of the SS Galaxy would not be the only Linden blunder in recent weeks. In June, Linden Lab announced they would be calling off the deal they made with third party currency exchangers two years before, telling them after July to leave Second Life. They stated they had improved their Lindex and solved the problems people complained about the previous time they tried closing down the exchangers two years earlier. However, Second Life residents, notably those outside the United States, have complained about problems with Lindex, saying their ability to buy Linden dollars will be compromised, if not outright shut down, once the third party exchangers are. Despite two petitions totaling over 1200 signatures, Linden Lab shows no sign of backing down from it's course, leaving those dependent on third party exchangers with an uncertain future in Second Life.

This month, Linden Lab almost had a public relations disaster when the noted Grendel's Children store was almost taken down along with it's sims because of it's co-owner Flea Bussy, the one who paid for the virtual land, being locked out due to a technicality. Flea and his partner Toady Nakamura are topnotch builders whom recently got attention with Toady's exhibit at the Second Life birthday. Bussy so impressed Philip Linden, he was quoted as saying, "As goes Grendles, so goes the Grid. Imagine what it would have looked like if the store once seen as symbolic of Second Life had been shut down due to a technicality?

Incidents like this are nothing new. One friend told me she once lived on a Fantasy roleplay community of which the sims suddenly went offline, and when they didn't go backup, the owners suspended payment. After two months, Linden Lab told the sim owners they were ready to bring them back online, but demanded the teir for the two months the sims had been offline. They refused, and the sims were reopened just long enough for the community members to gather their items before the land went down for good. Granted this didn't happen recently, the sims in question going down a few years ago, but it was a reminder of Linden Lab's "customer no service," to borrow an expression from financial commentator Clark Howard.

Linden Lab, what is going on?

Despite some raised eyebrows of your announcement of SL 2.0, or Project Sansar as you insist on calling it, your reputation had recovered from the messes you'd gotten into earlier. And now with two high profile failures plus a strategic move that will make it more difficult for residents outisde the US to purchase Linden dollars, once again you're looking like the uncaring, incompetant beast criticss accused you of being. Such incidents do not make you look well when people think about whether or not to buy a sim or renew one, or purchase Linden dollars to help their Second Life experience.

You've worked on bells and whistles to improve how things look around here, to try to get things to rezz more smoothly, to get the items closer to someone to rezz first to him. her. This of course is great, but how good is it if residents can't be sure the Lab will help if something goes wrong?

There's more to this then just Second Life, but your planned sequel to it, Project Sansar. You say you're going to make it "so good, people will want to leave Second Life for it." But if they see you as goofing up with Second Life, why will they trust you with it's sequel?

I've stated it before in previous commentaries. For businesses, trust is a valuable commodity. Trust that you will honor your commitments. Trust that you have the competence to run your business and manage your product well. It cannout be gained quickly or bought, only earned over time.

And right now, the trust you're regained over the course of a year is being lost.