Two Newser Contributors in the Hospital


It hasn't been the best of times for two people connected with the Second Life Newser team, as different circumstances have rendered both of them requiring medical attention. 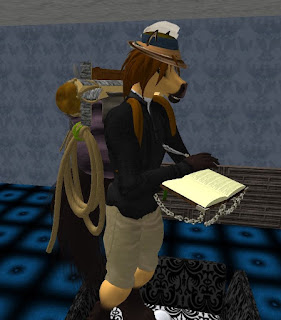 Xymbers Slade, whom while no longer a filling the position of a full time reporter still sends occasional material. He had the misfortune of being mugged a couple blocks from his home, " I was 50% to unconsciousness, I twist out, and try to throw myself into the street to make a scene. That is when I hear something go POP and I scream. The animals shambled off, but the cops never showed (It's a terrible neighborhood) despite a bystander calling 911 (and people driving by just kept driving)."

"Friend brings me to the hospital, I sit it out a day, then surgery. As basically a skeleton, I can feel the plates. NOT comfortable. Total damage: Fractured humerus bone. Fractured ulna bone, dislocated elbow joint. My guess on recovery: 9-18 weeks with therapy thereafter. No sling, huge cast from above elbow to wrist."

"Looking back, this could have gone much worse. If they had gotten my wallet out of my pocket only to see no cash, I would have been beaten to a pulp at the very least. I got a bad break (literally) but it takes more than a shattered arm to take me out." 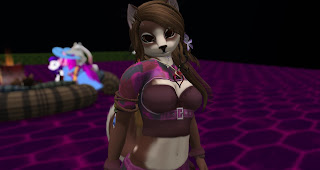 Ranchan Weidman isn't often seen in Second Life outside the HV Community sim, usually in her space carrier or the places linked to it in the Robotech roleplay it's a part of. But she has gotten a reputation as a creative builder. While usually quiet, she has occasionally found herself the focus of attention. She is best known as the builder of the Second Life Newser's office, both the old one and the new one. She also did the "space news truck" for our Second Life Twelfth Birthday exhibit.

Unfortunately, Ran has had a little bit of bad luck, or good depending on your point of view. When getting a checkup from her doctor, he found something wrong with her heart that she had to have taken care of very soon. So she's been in the hospital. She recently passed on a message for those in HV Community.

"Nods and kisses. I'm basically a guest right now on involuntary vacation. At least till Sunday night when they will do labs for Monday. After that I'll probably be unconscious for Monday after procedure till late Tuesday. And then conscious again after and home by Saturday give our take a day."

We at the Second Life Newser wish them a speedy recovery.