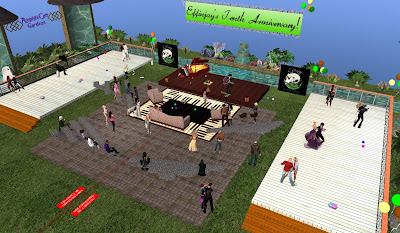 Almost but not quite forgotten, while the Relayers were busy walking the track last Saturday July 18th, one of Second Life's best known musical duos was celebrating their tenth anniversary as singers. Jaycatt Nico and Frogg Marlow, whom the Newser recently interviewed, did a special performance at their venue in Lingmell. 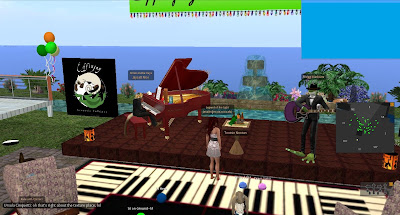 At their skybox theater straddling two sims over 270 meters in the air, "Effinjay," as the two are called sometimes, performed for a sizable crowd. This would be the fourth and main performance of theirs this week.

Jaycatt will be away on real-life business next week, though Frogg will be giving two solo performances.
Posted by Bixyl Shuftan at 3:00 PM