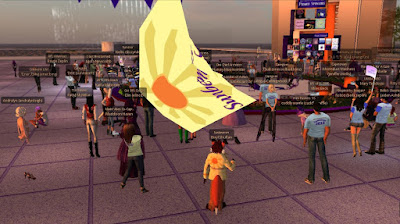 And it's over, at least officially. Over the weekend of July 18 and 19, The Relay for Life Walk took place. From the opening ceremonies at 10AM Saturday to the declaration of the victory lap at 11AM Sunday, hundreds of avatars took part in the walk. 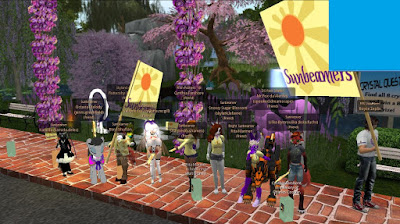 Team Sunbeamers, the team of the Sunweaver community which is the home of the SL Newser office, was one of many teams that took part, whether it was cheering on Relayers from their camp ... 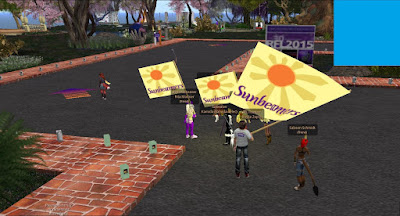 Or going on the track themselves, both as individuals and as a group. 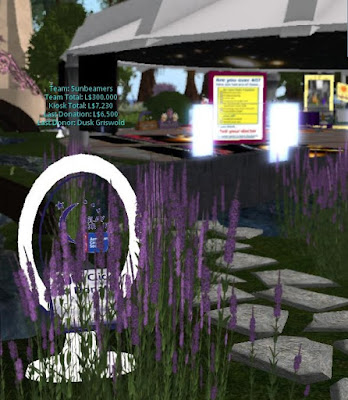 Although the team had reached Gold rank last month, it's total raised has continued to climb. Over the event, it reached the 300,000 Linden mark.

More pictures will be available soon. For now, one can look at the Relay for Life Flickr page, which includes screenshots from Relayers such as Wildstar and Ishtarkiss.