Scenes From The Relay: The Microkitty and "The Hair" 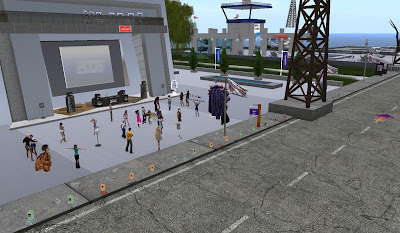 Before  the Relay Weekend, there were a number of pre-weekend parties that took place over the course of the week before. This included the night before, Friday July 17, of which at 5PM a party started at T-1 Radio's camp at the Relay Track. 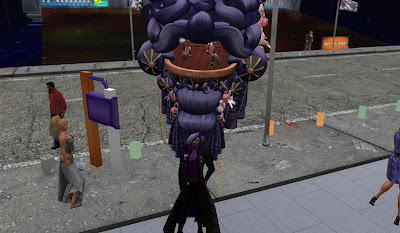 Among those present was Fuzzball Ortega, the lycan sheriff of Steelhead, and the head of Team Steelhead Salmons, whom had his signature "The Hair" with him, which he had gotten years ago to honor a challenge, "the wackiest, wildest, hair around." 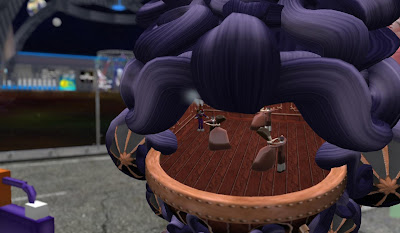 "The Hair" is a massive hairpiece, with a ballroom with small figures built in. But was it too small to keep out the smallest avatar in the Relay for Life, Lomgrem Smalls? He decided to try and find out ... 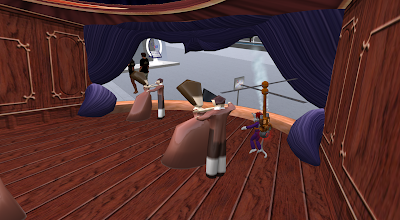 Nope. Lomgren could fit right in the miniature ballroom of "The Hair." Getting inside the lycan's actual head, well, that was another matter.

Stay tune for scenes of the Relay Weekend.

*Note: the last picture was taken by Lomgren.*
Posted by Bixyl Shuftan at 6:00 PM