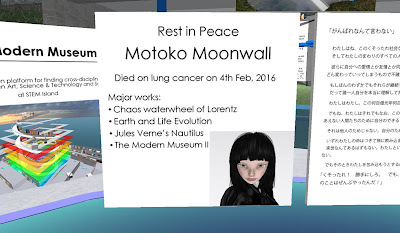 A creative builder in Second Life has passed away.

While stopping by the Abyss observatory in Farwell (79/79/95), among the various signs around the entry point was one announcing the death of one of the people whom had helped build the area. 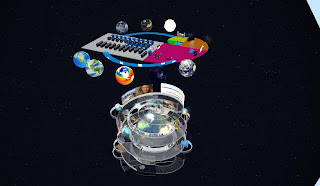 A creator of Abyss Observatory, Motoko Moonwall died on 4th Feb, 2016 on lung cancer. When the cancer was found in hospital, the cancer already metastasized to lymph node, and she soon deteriorated into coma.

Motoko was most active creator of Abyss Observatory. Please pray for her soul to rest in peace. While perhaps the observatory can get more builders, there will be no more from this creative spirit.