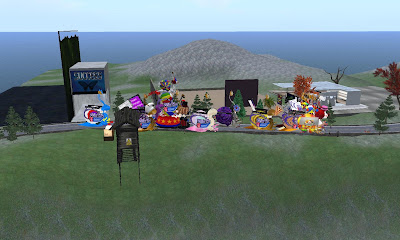 On Saturday March 19, the first  Cross-Country Giant Snail Race of the year took place. Close to a couple dozen contestants took part, including a few first-time snail racers. The theme of the event was "Circus," and a circus it was, with some of the avatars dressed up as clowns (including an evil clown), and even one snail modified to look like a seal balancing a ball. 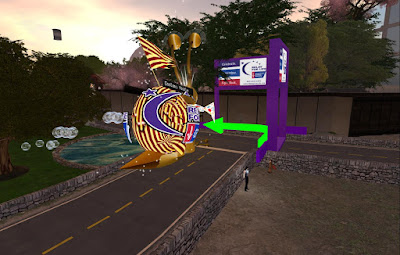 The race took place across 45 sims on the Second Life mainland, starting at Abitibi and ending at the finish line in Noyo. The race included a few snags, among them lag, notably a spike near the begining of the race that temporarily ground progress to a halt and caused some people to crash, including RacerX. And there were the ban lines around some properties that required racers and onlookers running and flying to keep up with the action alike to run around when they bumped into one. 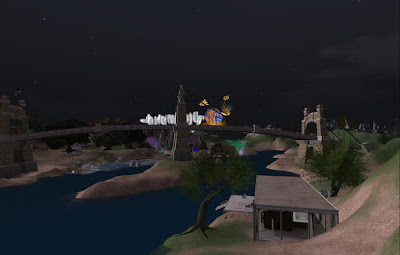 Still, it was a chance to see some scenery, such as a Steampunk-themed airship. And sometimes the road wasn't just a road, such as this bridge spanning a river. 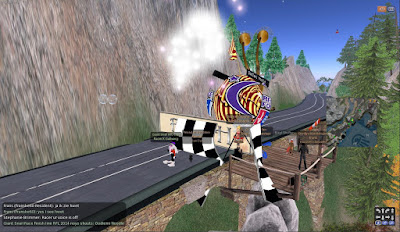 The race was won by Oodlemi Noodle, whom took an early lead and kept on holding up, passing the finish line 42 minutes after the start of the race. Second Was BabypeaVonPhoenix Bikergirl, whom was just a minute behind. Third was notable Relay personality Rowena

Each of those who finished got at least a trophy. Following the race came the usualy dance at the end, along with a few jokes going back and forth.

RacerX soon make a video of the race, which can be shown here.

Bixyl SHuftan
Posted by Bixyl Shuftan at 6:01 AM