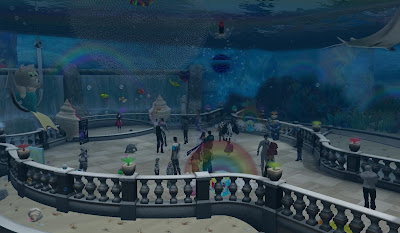 After a hiatus of about two years, singer Alessandra Eberlain returned to the stage on Sunday March 6. In an underwater area in Rainbow valley, she sung a number of Disney songs for their "Under the Sea" event, "Come and join us under the sea with bubbles and rainbows as we celebrate the Grand Opening of Rainbow Valley!" 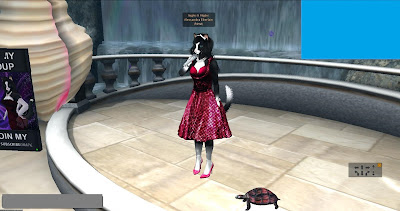 Alessandra, whom starred in an interpretation of "Phantom of the Opera," as well as singing live on stage in a number of venues, explained she had to take some time off, but will be able to perform on Second Life regularly for the foreseeable future.
Posted by Bixyl Shuftan at 5:00 PM