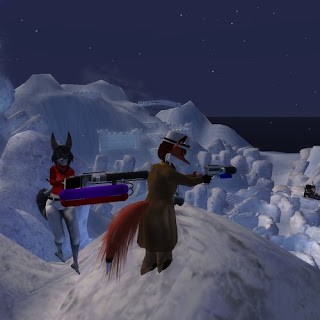 Thanks to the computer glitch that took out my screenshots, There's not much I can say about the Linden snowball fight at their Winter Wonderland other than I was there with my friend Lexine, and tossed a few snowballs at a number of Linden Lab's finest. Fortunately Zada Bury had taken a few, which she sent me a few links to. 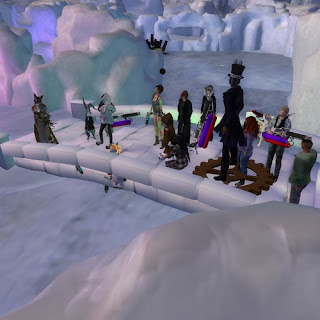 There were a number of Lindens there from the popular Xiola Linden to Rider Linden, whom flew around on a sledlike gear (Xiola joked it gave him an unfair advantage, but it also marked him as a target as no one needed his tag to know who he was), which spun in a spiral when going down, to Shaman Linden whom was in some kind of giant snake avatar. There were also a few personalities such as Kenny Luckless and Marianne McCann.

At the end of the scrap, everyone  was called to the bridge where we posed for a group photo. 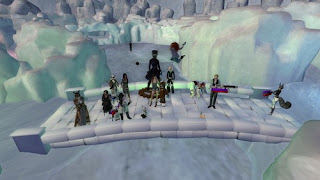 Hopefully next time I'll have a few pictures of my own up.