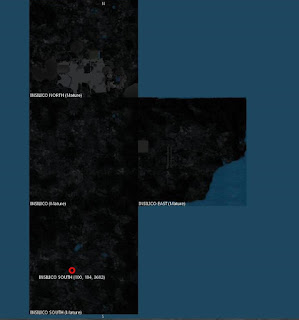 Some sad news for science-fiction roleplayers in Second Life. The popular Insilico region, mentioned in media such as the Drax Files and written about by the Newser last year, has been taken offline. The reason, it's owner and primary builder, Skills Hak, has been banned from the Grid by Linden Lab.

Skills, whom has been involved in controversies such as being among those Linden Lab asked to resign from the Emerald Viewer team just before it collapsed in 2010, has stated she feels this will probably be the end of her activities in Second Life, at least under her current identity.

I had a good run. 8 years on this account and the timing of my ban couldn’t have been better. In fact my boyfriend was really happy to hear about my final ban since i am spending too much time at the computer and i am going to be a mommy soon. It was a wild ride, thanks for everything.

Some good news for Skills, Linden Lab is compensating her for the ban.

... i’ve been emailing back and forth with Linden Lab for a bit and i just agreed to accept a one time payment that will recoup my losses (although, technically i didn’t lose any money). It was more than i expected, they showed good faith and i will leave them alone now, promise.

In New World Notes, where the story was also reported on, several readers reminded about another community that had been offlined, Steelhead, due to it's owner being suspended for completely unknown reasons despite not being involved in any controversy, and paying more in tier than Insilico.

As for Insilico, their blog stated negotiations were in progress for a transfer of ownership to keep the region of several years alive. But the last post made suggests they might not proceed and the area could be allowed to pass away. Regardless whether one considers Skills Hak a hero or villain, the Grid is facing the loss of another prized region and community.