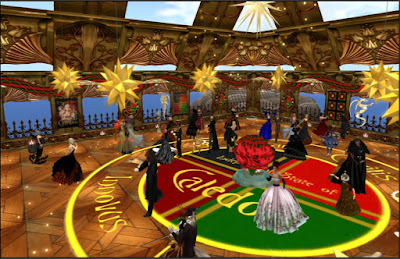 Last weekend, Caledon, Second Life's largest steampunk community in terms of sims under them, celebrated the tenth anniversary since their founding with a number of events. Second Life Newser was on hand at a few of the events, including on on Friday February 26. So was Cynthia Farshore, who took a few pictures. 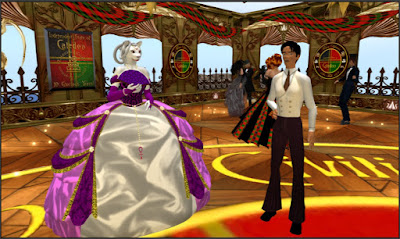 There were a number of people there, including Caledon Vicerine Kamilah Hauptman and Governor Desmond Shang, affectionately known as "The Gov." He got a few lines of praise, "Des promised us Caldeon would still be with us today, and it is!" Though at one point he also got some playful ribbing when one girl snapped a rubber band at his posterior. At another point, he was briefly sent up into high altitude, "Who orbitified meeeee?" Kamilah chuckled, "Who always orbits you?" 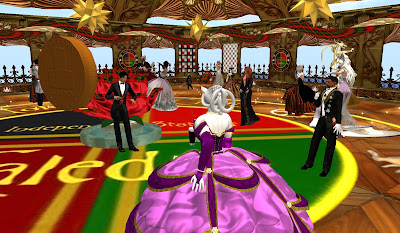 Others whom were there included Fuzzball Ortega. There was also a pirate whom talked about once escaping the place with his prisoner, "Actually, I'm her prisoner now. ... She was not exactly resisting her kidnapping. ... I never did get the ransom, or the Haggis McMuffin. It's ok, I decided to keep her." One girl giggled, saying she was glad he made off with the damsel, as the incident let to meeting her own special friend. Then Desmond handed the pirate a letter of marque, "What? Legitimizing me? How perverse. ... I'm a pirate, it's different from privateering." Desmond chuckled, "All the best ones have a few letters of marque in their cabin drawer." 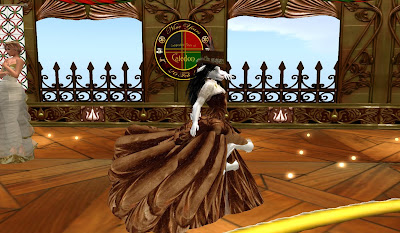 And here's a picture of Cynthia, who sent a number of pictures to the Newser, including the first two of this brief. She told me she and Shockwave Yareach would soon be opening a store in Caledon.