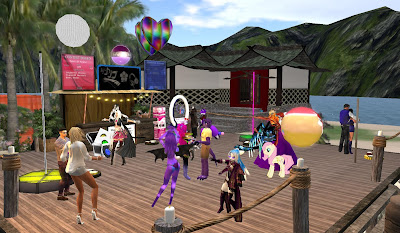 At 6PM SL time on March 10, Team Sunbeamers launched their kickoff event at the Happy Vixen Club in the Purrfection Estates sim. The event attracted both regulars of "The Vix," and some Relayers such as Oldesoul Beaumont and Rowena Dubrovna. The event was organized by manager Skylark Lefavre. 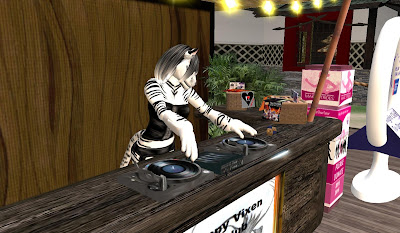 Come help us find a way to beat cancer by coming to our Paint It Purple event. Wear Purple as long as its PG.  Dj Surispirit will be playing some 80s music. If you can donate to the tall purple box to the right or the Kiosk. It starts at 6 pm SLT and ends at 8 pm SLT. Voting at 7:45 pm SLT. Prize is $250 L

DJ Surispirit was the one who spun the tunes for the event, the theme being "Best in Purple." 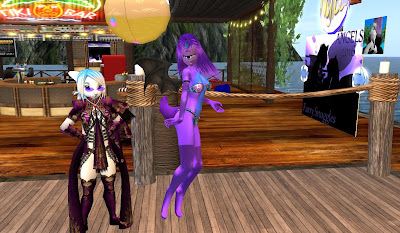 Nydia Tungsten, the club owner, made an appearance in her bunny avatar, having a bit of a "wild hare." Beck "Sha" Shamen appeared as a "one-eyed, one-horned, flying purple people eater." Nydia put on the board a 1250 Linden Prize for the best in theme, which went to Liska Fuchs, whom donated most of the amount to the kiosk. 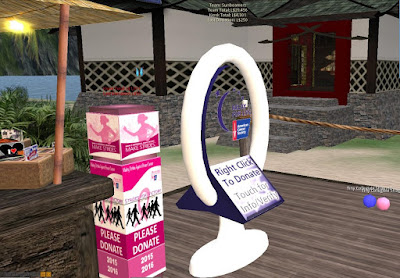 Donations continued to come in as the event closed and DJ Rose's regularly scheduled event took place. A total of 4301 Lindens were raised that night, bringing Team Sunbeamer's total amount over 29,400 Lindens (25,000 had been donated at the very start).

Other events being planned include the annual Sunbeamer Air Show, a "Bid Me," and an "avatar challenge."