Examples of April Foolery Across the Internet


If you're reading this, chances are by now you've seen the April Fool's article from us, our yearly tradition. But we're far from being the only ones pulling an April Fool. 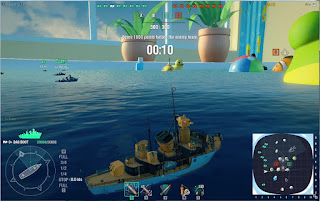 World of Warships announced a new "Jacuzzi Mode" for four toy "Tier Zero" ships, the "Bottlesheep," the "Bathyscrap," the "Pokeyboat," and the "Das Boot." Taking place in a bathtub, matches could be either two teams in PvP or one in PvE against bots, pooting toy cannons against one another in sounds that compared to the rest of the game are rather cutsie. While players couldn't earn experience points or credits, there were missions to be done for rewards. (Click here for a video). 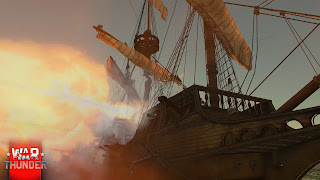 War Thunder continues to get comments over it's putting "My Little Pony" fighters in the game for April 1 a few years ago. This year, they've brought pirate ships into the game. There's only one kind of ship of for play, and aiming the cannons can be tricky as the ocean waves are rolling. But it is possible to fire at one enemy on one side, then switch to the other immediety and give another a broadside. For all the laughs about "Yo-ho-ho!" and "15 Men on a Dead Man's Chest," it's believed this is an open test to see how the game and the players handle ocean action. So this April Foolery has some seriousness behind it. (Click here for a video). 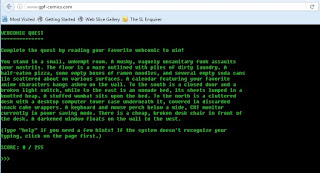 And then there are webcomics. Many engage in April Fools pranks such as the artists of two doing a one-shot joke comic for one another's strip. "General Protection Fault" by Jeff Darlington did something different this year, an ode to old time text-based computer adventure games.

April Fool's Day pranks have a long tradition here at GPF. For 2016, I had the idea of replacing the front page with an old style computer screen, like and old DOS oe UNIX prompt, or, even better, something related to old home computers like the Commodore 64 or TRS-80 Color Computer. I wanted it to be able to play a game of some sort, something that would hearken back to the simple games I played as a kid.

The comic itself started in 1998, and after almost two decades has gone through a number of plots with characters going through a lot of changes. One can also find April Foolery in other comics, but Darlington's 1980's throwback is almost certainly the most unique.

That's all for now with the foolery. Happy April Fool's.