Perri Prinz Back at DJing 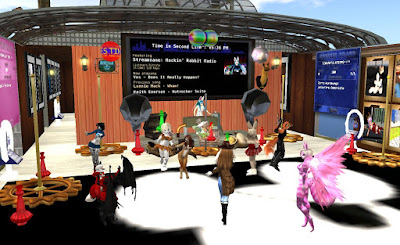 Club Cutlass had an offer for someone for someone to DJ in the afternoon of Sunday April 24. But the person never showed up. They were about to cancel when Perri Prinz, whom is still known in the Sunweaver community for her DJing before she went on hiatus stepped up. She played for the planned two hour set, and longer, going into the evening.

Does this mean her hiatus is at an end? She isn't saying. But everyone in the community was happy to hear she was feeling well enough to play again.
Posted by Bixyl Shuftan at 3:00 PM