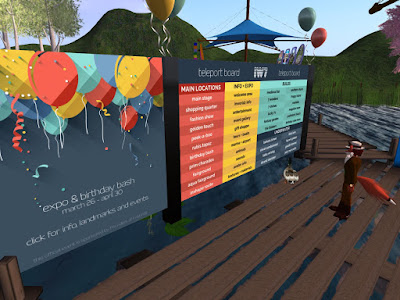 As Second Life gets ready to celebrate it's anniversary, the InWorldz Grid is celebrating it's own. In late March, the IW7B took place, with numerous exhibits across many sims and a number of events, such as live music performances. After a week however, the official events were over, though the exhibits remained. 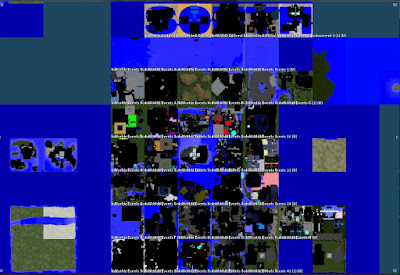 While our main week of events is over there is still plenty to do and see.  We have many exhibits, art displays, and interactive activities for you to see throughout the rest of the month.

Celebrate 7 epic years of creativity, collaboration and community in InWorldz at IW7 B-day Bash and Expo! 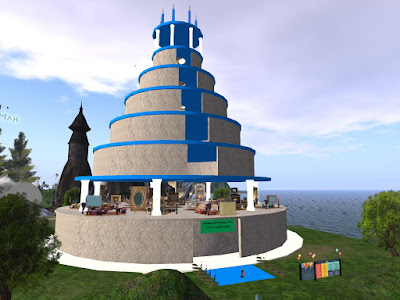 Second Life's Birthday events are noted for their huge cake stages built on the corners of four sims. The IW7 didn't have that, but did have a "Cake Maze."

Among the other open-ended virtual worlds, InWorldz ranks the second largest in terms of active users and accounts, reaching 100,000 in May 2014. It's numbers had been boosted by Second Life residents taking greater interest in the place in 2013 during the content creator rights controversy. Attention from the Newser has waned somewhat since those days. But we still check there once in a while, for big events such as these.