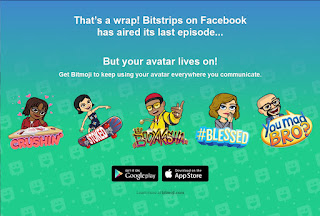 Users of Facebook may be familiar with "Bitstrips," cartoons that some used posted on their pages, and would appear on their friends' public feed like other posts. Unfortunately, it seems the Bitsrip fun is over. Someone who was a regular user posted this on her page on April 25.

Yesterday, there were questions out of surprised confusion about the BitStrips situation.. the BitStrips app on Facebook has been stopped and it's over.. to dispel any doubt, and to provide a promised update, here is the picture that greeted me when i tried to access new BitStrips yesterday. sorry, folks.. and thanks for following with me. I hope you got as much enjoyment out of seeing them as i had making them.

But the bitstrip pictures she had already done and saved as pictures were still in her pictures section, as were those done by SL Enquirer editor Lanai Jarrico. The one she did of me as a joke was still on my page. 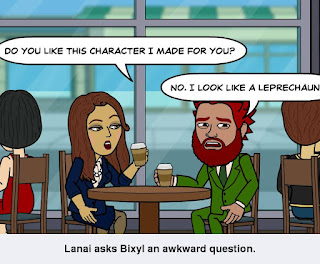 Bitstrips were created by Jacob Blackstock, whom described himself as having a "lifelong passion" for comics. He came up with the idea for Bitstrips in 2007, and launched it as a mobile app in 2008. With it, people can create "avatars" of themselves, then put them in customized comic-strip scenes on the Bitstrip site to create their own cartoons, with no drawing skill needed, "We kind of saw it as a Youtube for comics." Originally for mobile devices, when the Facebook application was made available in October 2013, the number of users jumped from 2 million to 30 million in a month. Bitsrtips user were at first able to create avatars of their friends, but after Facebook changed it's Terms of Service in regards to privacy, after April 2015 they were no longer able to do so. 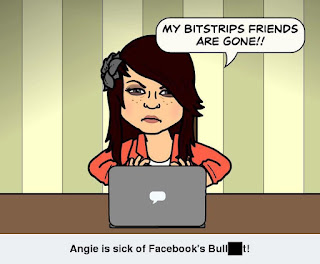 Last month, Snapchat bought up Bitmoji, the company that owns Bitstrips, for $100,000. It's possible that the company is integrating the technology in it's own products rather than let it continue as a separate app on Facebook.

No doubt Facebook's bitstrip fans will miss doing the comics. Perhaps They could continue to do so using Second Life and MORPG screenshots using graphics programs.