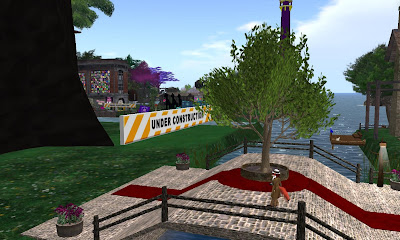 Just in time for it's ninth anniversary, the Raglan Shire area, the home of Second Life's best known "Tiny" community, is getting a makeover. Last week, the sim the community gets it's name from was closed to the general public as older structures are taken down, and new ones, apparently to be built on huge trees. Zayn Till gave some details via Facebook on April 1.

So with only one more day until EVERYTHING is cleaned off the Raglan Shire sim, just a reminder to our amazing Merchants on the sim that everything must be taken up and into your inventory including any physical buildings that you may have built on the grounds.
Tomorrow while Bunneh tornadoes fly across the sim, there will be a Grand celebration on the central grassy grounds of Raglan Shire that we have dubbed:
THE ULTIMATE SPRING CLEANING AKA THE EXTREME CLEAN SWEEP PICK UP & PICNIC™ Starting at 1pm SLT and featuring live musical performances from Cranston Yordstorm, Grif Bamaisin and QQQUARTZZZ Plus tons of delicious NOMS.
Come to Raglan Shire for the Shindig, hear some great live music and watch everything around you disappear as we prepare to turn the sim over to NIL & THE CATS™ Sunday as the New Tree City begins to be placed down and the entire sim undergoes Transmogrification! 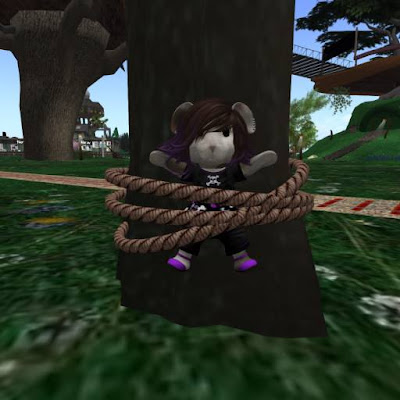 While the community as a whole was  excited to see what was to come, some locals had mixed feelings. Peach Lartel posted on Facebook this picture of a mock protest, "I'm not leavin.' " 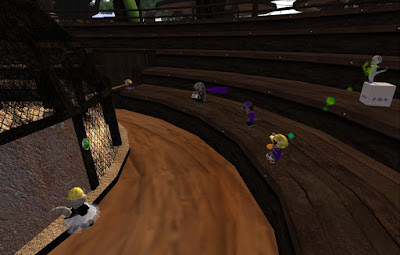 Yours truly went over, and panning above, yours truly saw some of the crew, a few in hard hats, working away. Work was far from finished, so by now, no doubt the place looks much different from what I saw then. 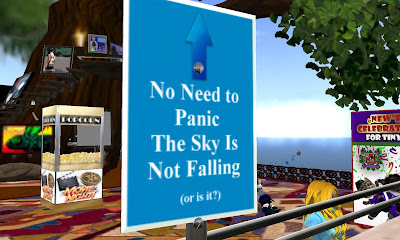 Yours truly will soon be back for another look at Raglan. The Raglan Shire community has a reputation for industriness, low drama, and no shortage of humor and general wisecrackery. It should be interesting to see what they come up with.