Yesterday, the staff of the KONA radio station in Second Life and Internet radio stream announced they would no longer be continuing as they were, bringing their broadcasting to a close. 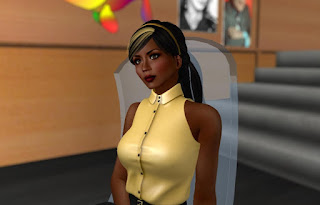 With a sad heart we must inform you that KONA Stream will cease broadcasting publicly. Due to the unfair royalty rates imposed by the CRB we've had to leave StreamLicensing.com and shift to Radionomy. Now a lawsuit by Sony has forced Radionomy to restrict their exposure leading them to geo-block wide portions of the globe. Countries like Canada, Ukraine, Brazil, Japan and many others cannot tune in my station. The station listener level has dropped some 60% since the start of the month. I simply do not see the point of continuing operation in this environment. Once certain parties are notified I will stop the stream and delete it from Radionomy.

Is this the end of KONA Stream? Hopefully not. While it looks bleak now there may be hope. There is some effort to get the voice of the small webcaster heard by the Copyright Review Board. A few US Senators have heard of the plight and there may be legislation forthcoming. Cross your fingers. In the meantime we will investigate other ways to share our music. There are other music services that we could operate through but we want to be sure that the station's character is not fundamentally changed by massive omissions to the playlist or burdensome ad breaks. If you want to keep informed of our status then you can continue following us here on Facebook (https://www.facebook.com/KONAStream/), Twitter (https://twitter.com/KONA_Stream), or contact our virtual secretary, abba@konastream.com so we can update you directly by email.

So why is it a big deal if small webcasters are shut down? It boils down to diversity, exposure and preservation of music. Small webcasters play a wide variety of music not commonly heard in larger media outlets. We are also a great venue for emerging artists to get heard. A lot of commercial stations simply will not play an unknown artist. Finally there is a huge back catalog of music that no longer gets played on mainstream stations. KONA Stream has a Classic Hits format (https://en.wikipedia.org/wiki/Classic_hits) and we play a very wide a deep selection of music from those decades. The larger and more popular stations using that format have only a few thousand tracks in their playlist. We had over 15,000 tracks (Plus over a 1,000 Christmas tunes) that a true music lover would envy. All that will be lost to the general public.

For our Second Life fans do not despair. We will still be active as DJs and be available to DJ your community events and private parties. Just let us know what your needs are and we'll fill them to the best of our ability.

In January, Second Life Newser talked to GoSpeed concerning the huge increase in fees for broadcasting radio streams due to regulations, which did not distinguish large and small broadcasters, KONA now having to pay more than double what it had before. While KONA cut a deal with Radionomy, which covered their fees, they had to raise their listenership by about 50% if they wanted to remain covered. KONA was just one of a number of Second Life radio stations which had to adapt to the skyrocketing fees.

Contacting GoSpeed, she explained she would be continuing as a DJ, and her performance at Bay City on May 15, four days from now, would continue as scheduled.
Posted by Bixyl Shuftan at 6:02 AM