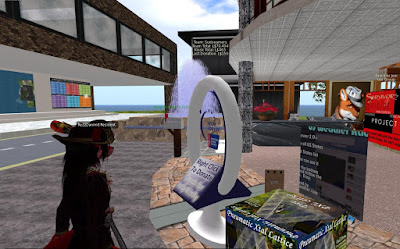 It's been a rough start for Relay for Life in Second Life's Team Subbeamers. Various team members have had problems from economic difficulties to illness to family tragedy. Finding out that the level to reach bronze had been jacked up to 75,000 Lindens also affected team morale. But the members persisted, doing a few events such as the "Fox Avatar Challenge," and slowly collecting Lindens from those inside and outside it's Sunweaver community.

Finally last night, the team reached Bronze rank. As of the writing of this article, the total amount raised by the team this year is $79,494 Lindens. 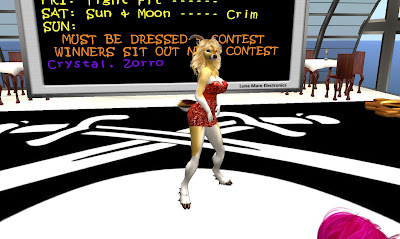 Also the results of the team's last "Bid Me" are in. The results of this year's "Bid Dusk Something" was for the gazelle avatar, probably influenced by the "Zootopia" character of the same name. So Dusk Griswold's stuck in the avatar for about a week.

Word has it the Sunbeamers will soon be doing a third "Bid-Me." Stay tuned for more information.

Go Relay!
Posted by Bixyl Shuftan at 6:02 AM