"The Courage Event: A Fundraiser for Alberta Canada" 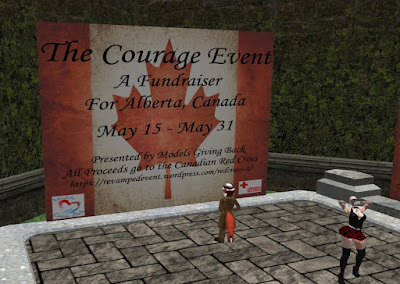 Among the stories in real life news is the massive fire in the province of Alberta Canada, which has gotten so bad, the entire population of the city of Fort McMurray, about 60,000 people, was ordered evacuated, the largest ever in the province. A group in Second Life, "Models Giving Back," has decided to help. "The Courage Event" fundraiser is taking place high above the Akh sim. According to the information, the money will be going to the Canadian Red Cross. People can either buy dresses and other items, the proceeds going to charity, or donate directly to the charity. The event goes on until the end of the month. 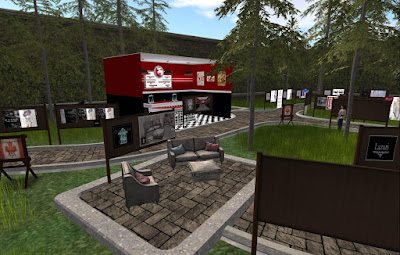 So many people have been affected by the devastating wildfires in Alberta, Canada that continue to rage. There are those that need even just the basic necessities after loosing it all, many with no jobs to even return to after the fire is out. The Canadian Red Cross is doing all they can to help and have a plea out for donations. From May 15th – 31st – The Courage Event here in SL brings together 38 designers, and over 50 exclusive items that will not be sold again with proceeds going to the Canadian Red Cross. Come and Shop and support a VERY worthy cause. 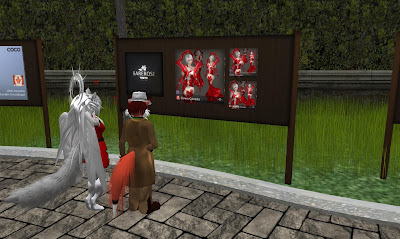 There's a wide variety of outfits there, including this one by Bare Rose, which is non-copy transferable, and can be given as a gift. Bare Rose also has a TP to the event.

More information can be found at the event website at: https://revampedevent.wordpress.com/ , or in this article written by Inara Pey.