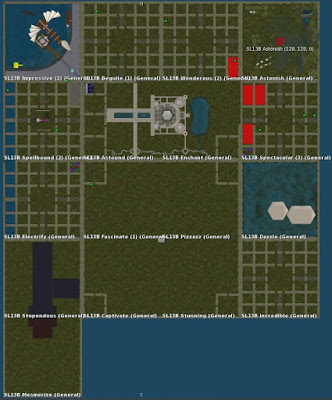 With a little less than a month to go, the seventeen sims of the Second Life Thirteenth Birthday event, often called the SL13B for short, were open to exhibitors yesterday on May 25th. The various parcels are now ready for exhibits.

Inara Pey released this "First Teaser" video a few days ago, showing some of the builds already built. 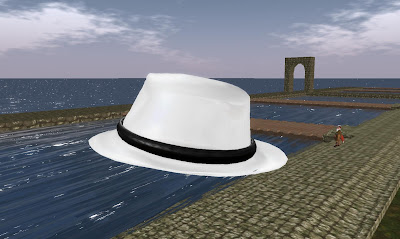 Among the exhibitors will be the Second Life Newser. This time, our exhibit will be in a water sim. As usual, the spot's been marked with the big oversized fedora. We have yet to determine how it'll be part of the completed exhibit. But we'll think of something.

The next notable day in the preparations for the SL13B will be June 10 when the various performers for events are notified. The event itself, one of the biggest annual events in Second Life, attracting thousands of people every year, begins on Sunday June 19. So don't forget to stop by and see the exhibits, including our own.